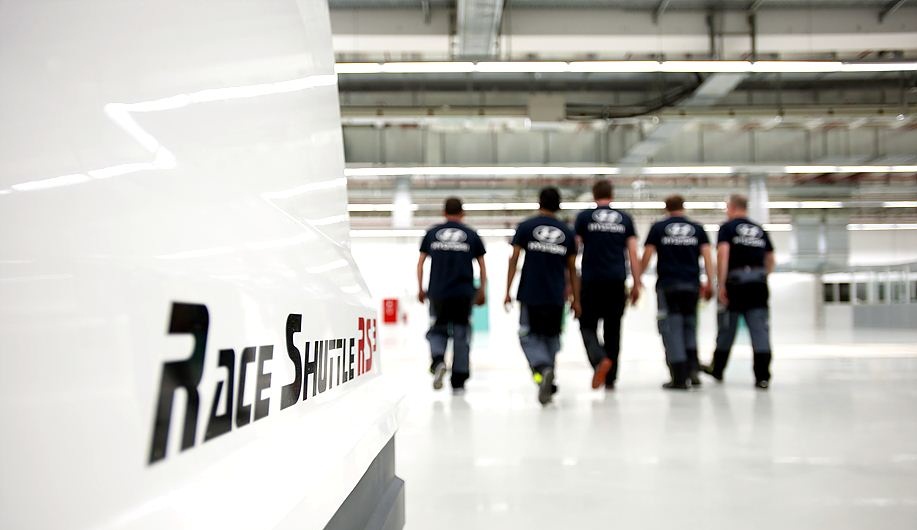 With new key appointments in important areas, the team is now operating at full speed while continuing to grow rapidly.

The team has focussed not only on building its bespoke facility in Alzenau and getting the i20 WRC ready for intensive testing but also on consolidating technical, sporting, and marketing sides the team.

Engineering:
The technical department has seen constant evolution since the beginning of the project. Involved in the project since its inception, Chief Designer Bertrand Vallat has been working on the i20 WRC design since December 2012, and leads the engineering project. The Frenchman’s most recent role was at Peugeot Sport where he was actively involved in the best-seller 207 S2000.

Sporting:
Alain Penasse will be appointed Team Manager as of 22nd April, playing an essential role in the daily management and development of the team. The 51-year-old Belgian arrives with extensive rally experience thanks to previous involvement with teams such as Toyota Team Europe and Peugeot Sport, with tyre manufacturer Michelin and as organizer of Rally Ypres.

Workshop:
Headed by motorsport specialist Ernst Kopp  formerly involved with Toyota’s rally, Le Mans then the F1 projects – the workshop is where all the action happens. After building it from scratch, Ernst is now recruiting experienced technical staff to ensure the i20 WRC is in top-form for testing in the second half of the year and competing next year.

Marketing and Communications:
Hyundai Motorsport welcomes also Stefan Ph. Henrich as Director of Marketing & PR. Stefan will bring considerable communications expertise with him to the role, including 12 years’ at Hyundai Motor Europe culminating in his most recent role as HME Spokesperson. He will be heading up a highly experienced team made of people from various motorsport and automotive backgrounds.
Hyundai Motorsport Team Principal Michel Nandan commented: “We’ve been evolving rapidly since the beginning of the year and made great progress in filling all the main roles to establish our core team. We’re facing a big and exciting challenge, in building a team from scratch []. I’m now surrounded by the best people in the business and I’m confident we’ll be ready to meet our ambitious goal to be ready at the start of the 2014 FIA World Rally Championship. While we have a very busy year ahead of us, I believe that team-work together with shared commitment and passion for motorsport are the keys for success.“