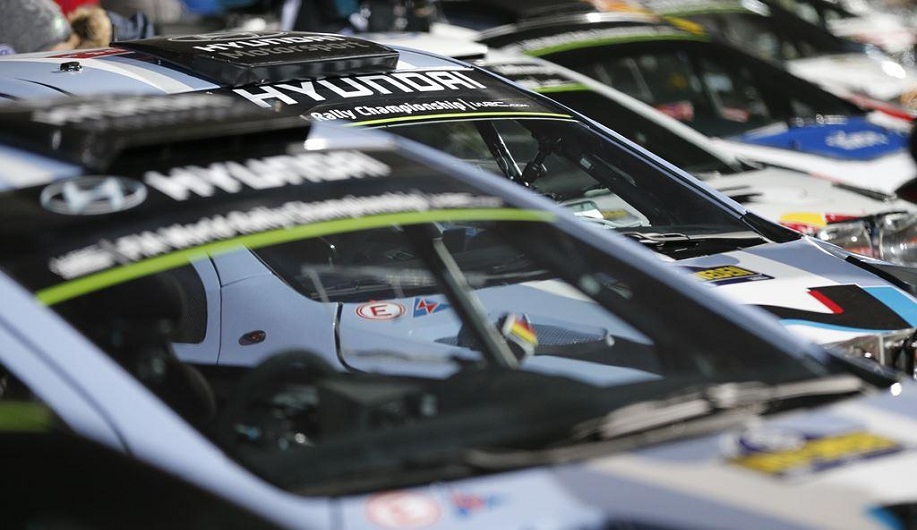 The team’s lead driver Thierry Neuville will continue in his role behind the wheel of the #7 car, whilst Finn Juho Hanninen will drive the #8 Hyundai i20 WRC after a promising performance at Rally Sweden earlier this month.

After his debut for the team at Monte-Carlo back in January, Neuville and Hanninen will be joined on the Portuguese event by Spaniard Dani Sordo driving the Hyundai i20 WRC #20.

The Alzenau-based team has also announced its participation in the Fafe Rally Sprint, the now traditional event organized as a precursor to Rally de Portugal. The one-day event will be held on Saturday 29th March at the iconic Fafe-Lameirinha stage ? which was part of the classic Rally de Portugal ? and attracts hundreds of thousands of spectators each year.

Team Principal Michel Nandan commented: “Having three cars at Rally de Portugal will be very positive for us and it will allow us to continue our data collection and to accumulate more mileage in our debut WRC season. I think we have a good line-up for Portugal with Thierry, Juho and Dani ? each of them will bring their experience and will give us their own unique feedback which will help us in the continuous development of the Hyundai i20 WRC. Thierry’s level of performance combined with Juho’s skills on gravel and Dani’s experience and excellent track record at Rally de Portugal make them a very good choice for the event” he said.

“We are also very happy to take part in the Fafe Rally Sprint the weekend before Rally de Portugal. Of course , this will be a very warm – up for the event but it’s also a fantastic occasion for hundreds of thousands fans gather to see their WRC heroes in action on one of most famed stages in the history of the World Rally Championship” he concluded.