Hyundai Shell World Rally Team aims to make most of Rally 2 on final day in Sweden.

The Hyundai Shell World Rally Team is putting its full effort into readying both Hyundai i20 WRC cars for tomorrows final day of Rally Sweden. 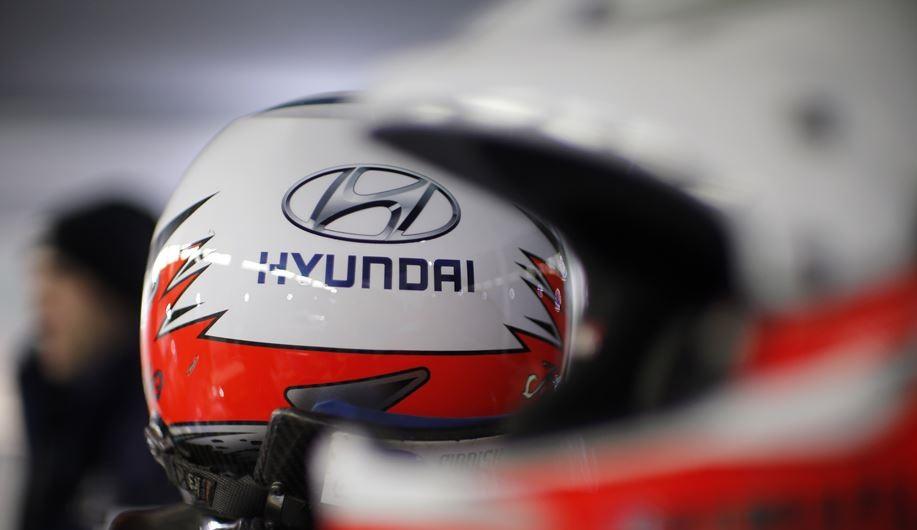 The Hyundai Shell World Rally Team is putting its full effort into readying both Hyundai i20 WRC cars for tomorrow’s final day of Rally Sweden.

February 7, 2014  The Hyundai Shell World Rally Team will contest the remainder of Rally Sweden under Rally 2 regulations on Saturday, after the team’s technicians had to work on both Hyundai i20 WRC cars following incidents during the day.

The team had an encouraging start to its second ever WRC event with both Thierry Neuville and Juho Hänninen running in the top eight overall. Unfortunately, both drivers ran into problems on Friday which brought their day’s work to a premature end.

Neuville and Hänninen will restart the rally tomorrow morning under Rally 2 regulations, which will see them incur a five minute penalty for each stage not completed. Nonetheless, restarting the rally will be a significant benefit to the Hyundai Shell World Rally Team as it continues to focus on accumulating as much mileage as possible in its debut WRC season.

Thierry Neuville (#7 Hyundai i20 WRC, co-driver Nicolas Gilsoul) could not complete the opening stage of the day, the 15km Lesjöfors stage, after hitting a rock just after halfway through. The crew carried out some repairs on the stage but, together with the team, the Belgian duo decided not to run any risks for the subsequent stages. Instead, the car was brought back to service where it will be repaired in time for Saturday’s final stages under the Rally 2 regulations.

Neuville said: “It has definitely been a disappointing day following our positive start to the rally. We started the first stage this morning in high spirits but unfortunately in the second half of the stage we had a small impact on the front right, probably from a rock, which damaged part of the suspension. It didn’t cause a lot of damage and we tried to fix it but we lost too much time. We decided with the team it was best not to risk anything and instead focus on repairing the car for tomorrow. Things like this happen and it’s another part of the learning programme. Tomorrow, we will be going out on the road first so it will be tricky, cleaning the roads, but it is important for us to accumulate more mileage with these still young Hyundai i20 WRC cars.”

Juho Hänninen (#8 Hyundai i20 WRC, co-driver Tomi Tuominen) is also able to restart on Saturday morning as the team can repair his car after hitting something in the road in SS12 (the repeat Lesjöfors stage), which damaged the front right wheel and sent him into a snow bank. The damage was sufficient to force him to stop out on the stage. He had been running in a strong sixth place overall heading into that stage, demonstrating a solid performance in his first rally for the team. Restarting tomorrow under Rally 2, like his team-mate, Hänninen will be one of the first cars to start tomorrow which will require extra caution as the team looks to add important mileage and experience in the Swedish conditions.

Hänninen said: “We had a good morning and I felt very happy and comfortable in the car. We set some good stage times and worked our way up into the top six overall by lunchtime. There was nothing to improve in the car or with the tyres, everything was positive. When we started the repeat loop the conditions w ere very difficult with not so much snow on the road. About halfway through the stage I made contact with something in the road which damaged the front right wheel and we went hard into a snow bank. The damage meant that we couldn’t continue. It was obviously not how we wanted to end the day but there was nothing more to do. Thankfully, the team can repair the car so we will start again tomorrow under Rally 2 regulations and aim to continue building our experience.”

In spite of the problems faced today and the time penalties that both drivers will accrue, the ability to run both Hyundai i20 WRC cars on Saturday will still be hugely valuable to the Hyundai team as it continues to amass its experience in a competitive, public environment.

Team Principal Michel Nandan commented: “Obviously, today has not been very easy for the team but it is what we are participating for. Rally Sweden offers unique challenges and to be able to gain first – hand experience in competitive conditions is hugely beneficial to us as we continue to develop as a team. Thierry’s car was not too badly damaged and he will restart the rally tomorrow. Juho also unexpectedly hit something in the road in SS12 which significantly damaged the front right wheel and sent him into the snow bank. Th ankfully, we are also able to get him back into the rally tomorrow. Both drivers have shown that there are positive signs from the Hyundai i20 WRC against some very tough opposition but our focus remains on building up our team experience and adding miles onto the cars, something we will continue tomorrow.”

The final day of Rally Sweden will see competitors contest a repeated loop of four stages taking in the 11.32km Hara, 19.26km Torntorp, 24.63km Vargåsen and 15.87km Värmullsåsen routes, a total of 142 rally kilometres, with the final Värmullsåsen, SS24, run as a Power Stage.