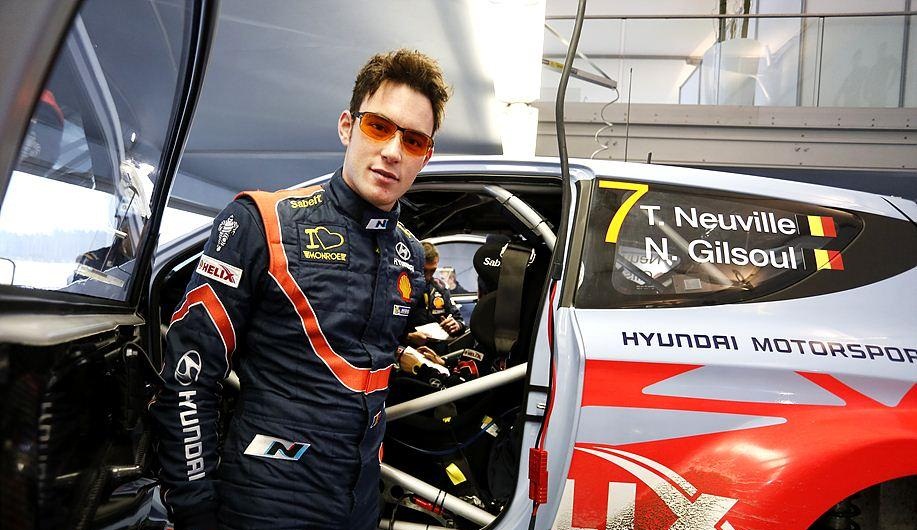 Hyundai Shell World Rally Team tackles its first gravel event at Rally Mexico this weekend and aims to complete the event with both cars to continue learning.

March 3, 2014 – After competing on tarmac, ice and snow at Rallye Monte-Carlo and Rally Sweden, the Hyundai Shell World Rally Team is set for a new challenge: Rally Guanajuato Mexico – round three of the 2014 FIA World Rally Championship. the first overseas event for the team and the debut on gravel for the Hyundai i20 WRC.

With altitudes at Rally Mexico reaching up to 2,700 meters above the sea level, the thin air and lack of oxygen at altitude brings additional challenges for both drivers and cars alike. With the objective of seeing both Hyundai i20 WRC cars at the finish, Rally Mexico represents an additional opportunity to continue to build the team’s experience and assess the behaviour of the Hyundai i20 WRC on the Mexican roads.

Preparation for Rally Mexico started last year, when the team travelled to the region of Almeria in the South of Spain to test on similar conditions to the ones that the drivers at the weekend. The team returned to the same region for an additional test session ahead of the event with both Neuville and Atkinson. The Belgian drove the Hyundai i20 WRC on gravel for the first time on this test.

Team Principal Michel Nandan commented: “Mexico is a new challenge for us. it will be the first rally on gravel of the Hyundai i20 WRC and first overseas event for the team, which represents a major challenge from the logistical point-of-view. High altitude will be something new for us. We prepared for it with two test sessions in the south of Spain but Rally Mexico is unique so we don’t really know where we are going to be in those conditions – we will have to wait and see. It will be also our first summer event, with high temperatures and dust, so it will be interesting to see how the car behaves and how Thierry and Chris will perform. As for the previous two rallies of the season, we will make the most of Rally Mexico to continue our development process of both the car and the team and our objective remains the same – to see both Hyundai i20 WRC at the finish on Sunday.”

On his only second outing at Rally Mexico last year, Neuville scored his maiden WRC podium – making the event one of his favourites of the season: “I can’t wait to go to Rally Mexico. it’s a fantastic event which I really like and enjoy every time I go there. It’s also a special rally for me as I had a very good result there last year, scoring the first WRC podium of my career. The main challenges in Mexico are the high altitude – which means the engine loses power and you need to carry more speed into the corners – and the high temperatures which make it demanding for us drivers from a physical point of view. We drove the Hyundai i20 WRC on gravel for the first time on a recent test session and in general we had a good feeling with the car. We had the chance to rack up some good mileage and also to make the set up adjustments for the rally. For us of course it will be very important to finish the event untroubled and give as much feedback as possible to the team to continue our development process” he said.

Hyundai Motorsport 2013 test driver Atkinson will join the team at Rally Mexico on his first event in the Hyundai Shell WRT colours: “I’m really looking forward to join the Hyundai Shell WRT for the first time this season at Rally Mexico. I have had several good results in Mexico before including a second place in 2008, so I have some great memories of this rally and the fans in Mexico. It is a unique rally with the high altitude and the varied terrain, which makes it a great challenge for the drivers and the cars. Being in good physical shape will be very important in Mexico, I’ve been doing some training in the middle of the day during the Australian summer when it’s 35 degrees and I’ve also done some exercise in the sauna to be as much prepared as possible. I think it is important to get to the finish with no problems, if we can do this we will get a good result. Being the first gravel rally of the year, it will be interesting to see how well the i20 WRC performs in these conditions” he commented.

The first of six consecutive gravel rallies this season, Rally Mexico is part of the WRC since 2004 and it has become a favourite for fans and drivers alike. The Leon-based event features one of the most exciting itineraries of the WRC season with four monster stages of 43, 44, 54 and 56km respectively. It’s also one of the most compact rallies of the season with just over 600km of road sections and almost 400km of special stages totalling a massive 39% of competitive route.

The rally will get underway on Thursday 6 March with the traditional start ceremony in Guanajuato, followed by a Super Special Stage through the city’s tunnels and cobbled roads. The route will then continue over the weekend covering the familiar territories of the Sierra de Lobos around the city of Leon. base of the Service Park and Rally Headquarters of the event.