Testing and development phase ramps up 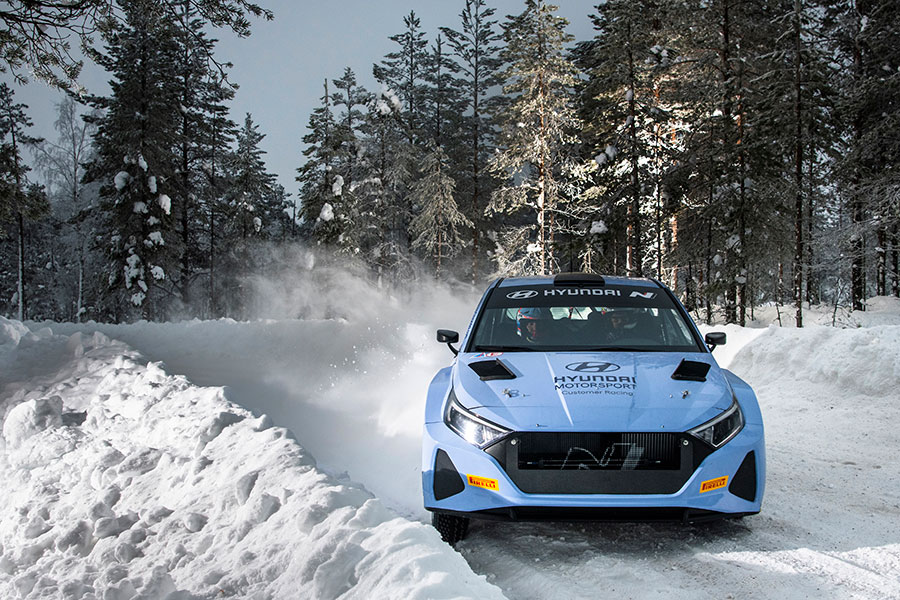 Testing and development phase ramps up

Our new Customer Racing rally challenger has enjoyed four trouble-free days of testing in Sweden, where it tackled over 600km in wintry conditions.

Driving duties in the i20 N Rally2 were shared between Craig and WRC 2 driver Oliver, who had two days each behind the wheel. It was a rare chance for our engineers to see the car’s capabilities on snow and ice as it covered roads that were set to be on the 2021 Rally Sweden itinerary.

“It has always been a key aim of first our i20 R5 project, and now in developing the i20 N Rally2, to build a car that is equally capable on every surface,” said Customer Racing Operations Leader Andrew Johns. “Being able to test on snow and ice is a massive step towards truly delivering on this promise. The final package we offer to customers will be a superb all-round proposition.”

Developing a competitive package
With homologation of the i20 N Rally2 planned for summer 2021, this winter presented the only window to test in snowy conditions before the first cars are delivered to customers. It was a crucial opportunity for our Customer Racing department to develop an all-round package that allows teams and drivers to have full confidence wherever they choose to compete.

During the test in Sweden, different combinations of new parts were used on the car in a bid to find the ideal combination. It continued the work began in 2020, honing core elements of the design. Focus fell on damper and differential settings, working on the balance and traction of the i20 N Rally2.

This data will be used to develop a basic set-up for snow and ice, but will also prove useful when testing moves back to gravel. The development process of the i20 N Rally2 will continue, with further tests on tarmac and gravel planned.

Fresh set of eyes
The test marked Oliver’s first kilometres with the i20 N Rally2. “It’s really clear that the team is all-in when it comes to making a winning Rally2 car,” he said. “We have seen in the last couple of years that the competition in the category is incredible and the i20 N Rally2 is going to be a very exciting addition.”

Order books for the i20 N Rally2 are open, and our Customer Racing department welcomes enquiries from interested teams and drivers.