i20 N Rally2 ready for debut 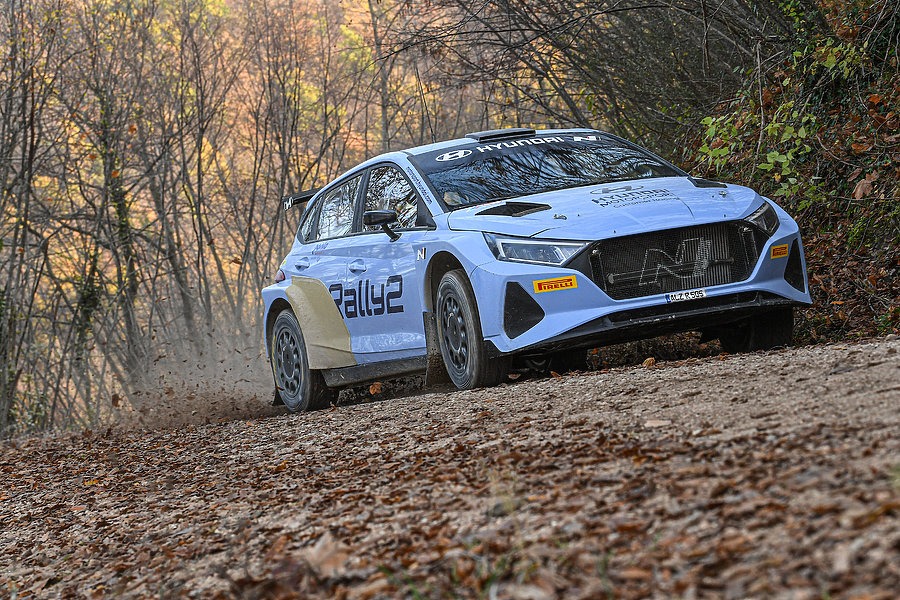 We have delivered the first i20 N Rally2 cars to our customers ahead of next week’s Ypres Rally Belgium, where the car will make its competitive debut in the WRC 2 class with our junior drivers Oliver Solberg and Jari Huttunen.

“After such a busy test schedule as we have had with the Hyundai i20 N Rally2, the first competitive event feels a very important milestone for the project,” said our Customer Racing Manager Andrew Johns.

Important input
Both Oliver and Jari will arrive at the start of the event well prepared, having also been central to the i20 N Rally2’s busy development schedule. Their final preparations will be completed in the coming days, with testing planned on roads close to the rally’s Flanders base before their arrival in the service park.

“Oliver and Jari are well prepared for Ypres Rally Belgium, having been a vital part of the testing phase,” explained Andrew. “The further running they will do with their teams before the stages will provide the final push to make sure that everything is prepared for the first stages.”

With a clear target of developing a car that is capable of victory on any rally with any driver – regardless of experience level or personal driving style – our engineers relied on feedback from a number of different drivers including Oliver and Jari, as well as our WRC drivers Craig Breen and Ott Tänak. Every driver who joined the test team left with a positive feeling about the new car.

Strong all-round
Based on our road-going i20 N model, the new i20 N Rally2 represents an entirely new design intended for our privateer teams and drivers around the world. A follow-on from our highly successful i20 R5, the new package represents a significant step forward in every key area of the design – from performance and reliability to handling and drivability – after more than 3,000km of test running.

The extensive testing program saw the chassis honed on a range of gravel, tarmac and snow stages across Europe, as our Customer Racing department successfully sought to develop a car that was equally strong on all surfaces – not just for WRC 2 competition, but for the wide spectrum of national and international series where the Rally2 category has become the premier class.

“We know we have a strong all-round package thanks to the efforts of our designers and engineers since we started work on the car, and now is the opportunity to show it on the stages,” added Andrew.