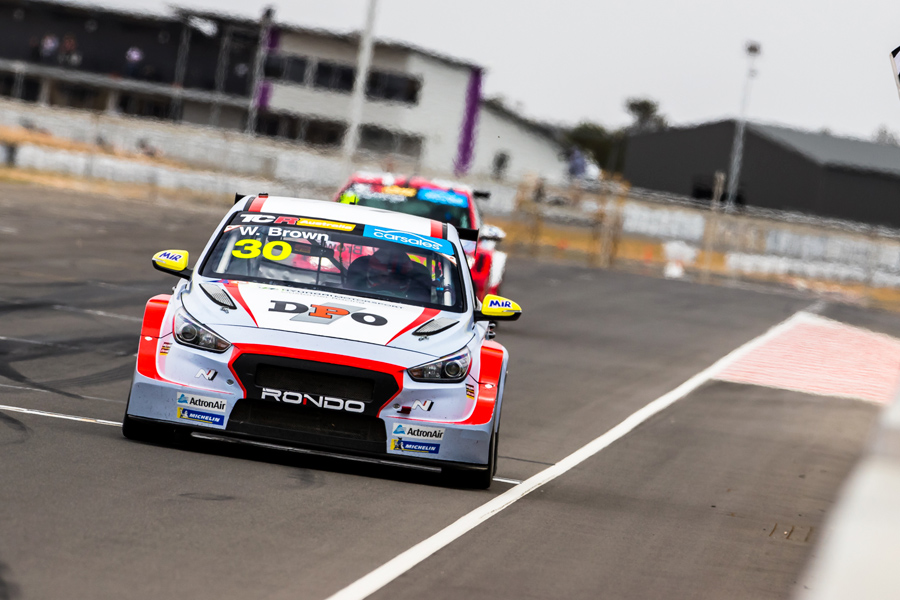 The inaugural TCR Australia season ended with another strong weekend for the HMO Customer Racing team at The Bend Motorsport Park (November 15-17), as our i30 N TCR claimed more victories.

Will Brown scored his seventh win of the season in Race 1, and then added second and third place finishes in Sunday’s races. His third place in Race 3 came behind Nathan Morcom, who ended his season with his first victory at the wheel of the i30 N TCR.

The final weekend of the season was a coronation for Brown, who clinched the drivers’ title at the previous meeting at Sandown Raceway. The pacesetter since the start of the season, he notched up seven race wins, a total of 15 podium finishes and nine fastest laps throughout the season.

Morcom finished the year fourth in points after his victory in the season finale. Before that, his highlight – and a major moment for the i30 N TCR – came in the final race at Phillip Island (Round 2), when he followed Brown across the line to claim a Hyundai 1-2. This was the only time all season when a manufacturer finished in the top-two places in any event.

“The entire HMO Customer Racing team has been very strong all year and the performance on the final weekend, in a very competitive field, was a perfect way to end the series’ inaugural season,” said our Customer Racing Senior Sales Associate Andrew Johns. “Will’s performance from the first races has been exceptional, and has really shown what the i30 N TCR is capable of.”

He added: “To be able to celebrate another title with our customers is obviously great, but it is all the more important as it comes in a market where the TCR category is still establishing itself and expanding. Hopefully – with support from HMO Customer Racing – we can see more teams and drivers racing and winning with the car in Australia, and New Zealand, next year.”