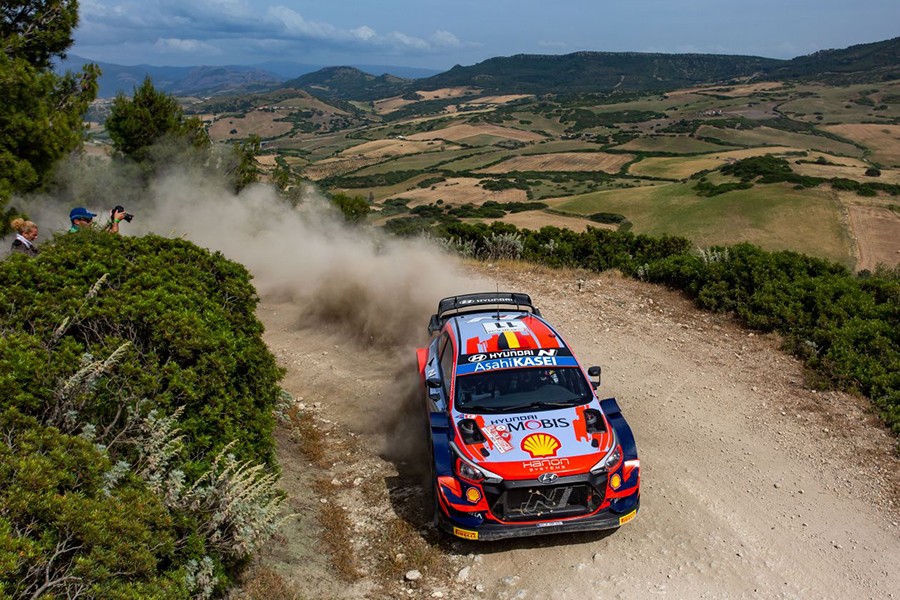 We head to Rally Italia Sardegna, the fifth round of the 2022 WRC season, aiming to turn our promising pace into a strong result on the Mediterranean island’s demanding gravel stages.

“In Portugal all three of our crews showed that our i20 N Rally1 is competitive on gravel and our third place with Dani proved that,” said Julien, our Deputy Team Principal. “Now our goal for Rally Italia Sardegna is to increase our performance and get on the top step of the podium.”

Tough terrain
As the second consecutive gravel rally on the calendar, the Italian event presents another gruelling test for the i20 N Rally1 and our crews behind the wheel: Thierry/Martijn, Ott/Martin and Dani/Cándido. For us to achieve a strong result on the challenging terrain, both speed and consistency will be key.

“Sardinia is another tough gravel event,” said Ott. “Overall, it is quite demanding, with high temperatures and rough roads. The heat also makes it very hot in the car, so this is something we need to get used to as well.”

The 2022 edition of Rally Italia Sardegna sees the seaside event return to Alghero, with the itinerary beginning on Thursday evening with a brand-new super special stage. Overall, the rally will cover a competitive distance of 307.91km across four days.

Top step pedigree
As a team we have a strong record in Sardinia, having won four of the last six outings. Dani and Thierry have claimed two victories apiece, while we have celebrated a total ten podium finishes at the event. Ott has also stood on the top step, winning the rally in 2017. This experience, combined with the performance demonstrated at Rally de Portugal, puts us in a confident position as we travel to the Italian island.

“Having claimed a couple of wins in Sardinia, it is always an event I enjoy,” commented Thierry. “It is one of the most technical gravel rallies in the calendar: the roads are quite narrow and twisty. It is also a very demanding event with long days, so it will be challenging.”

“Rally Italia Sardegna is always a really nice event for me,” added Dani. “I feel comfortable there; I like both the roads and the location. Having two rallies in quick succession is very demanding after my break in competition, but I am really motivated.”

Rally redemption
Our WRC2 crews will be looking to capitalise on the speed shown by the i20 N Rally2 last time out and push for the podium.

Teemu and Mikko claimed an impressive 12 stage wins in Portugal, but were unfortunate to retire on the final test and miss out on victory. Fabrizio and Carlos also ran in into trouble at the gravel event, but managed to get to the finish line and rack up valuable miles together in the car.