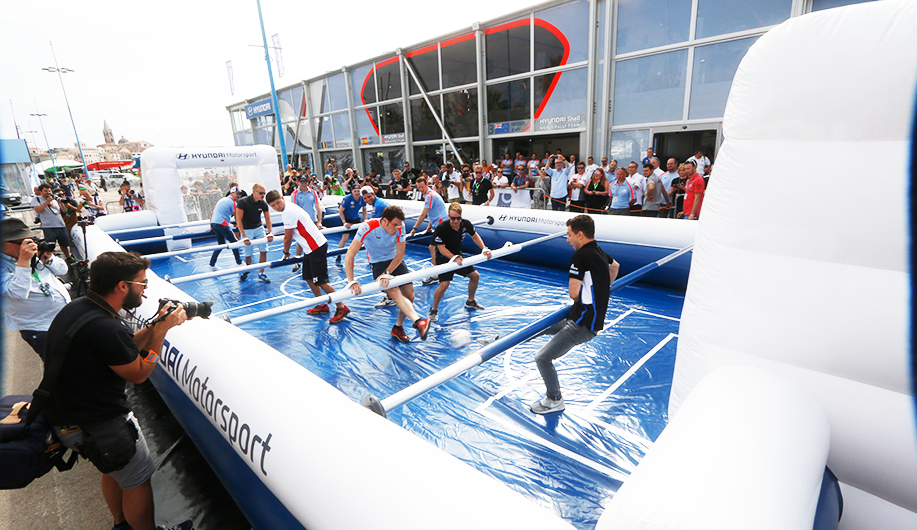 Football fever took over the service park in Sardinia this afternoon in celebration of Hyundai’s sponsorship of the UEFA Euro 2016 tournament.

Before the WRC action gets underway with shakedown tomorrow, we invited WRC’s drivers  including our own Thierry, Hayden, Dani and Kevin  to try out a very different sporting challenge.

Sardinia might be over 1,200km from the venue for Friday’s Euro 2016 opener at the Stade de France, but it still provided a perfect setting for a fun event.

There will be plenty of WRC enthusiasts following the Euro 2016 tournament. Eight of the participating countries also host a round of this year’s World Rally Championship  France, Sweden, Portugal, Poland, Germany, Spain, Wales and, of course, Italy.

We’ll certainly be hoping that our drivers can score a good result in this weekend’s rally!