Finn will compete at the wheel of a NG i20 R5 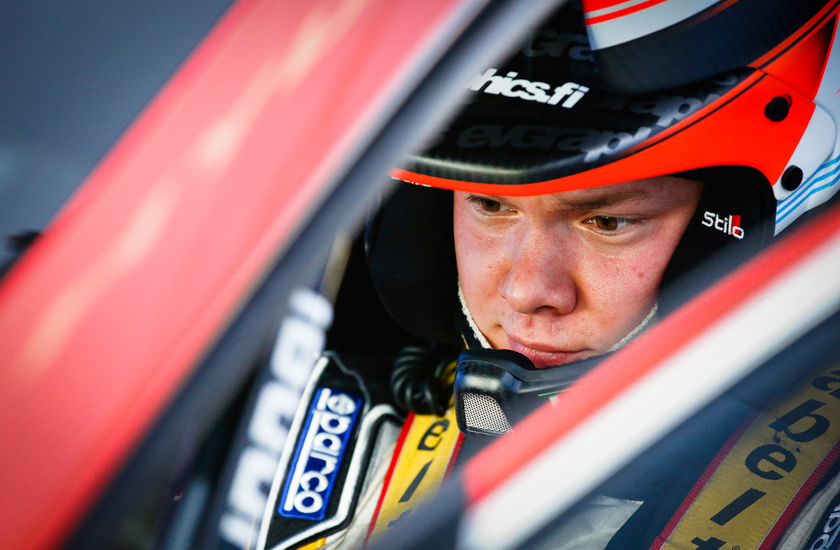 Finn will compete at the wheel of a NG i20 R5

Finnish driver Jari Huttunen will join the Hyundai Motorsport Driver development Program (HMDP) and compete at the wheel of a New Generation i20 R5 in 2018. The decision comes at the conclusion of a careful selection process, during which candidates had to prove not only their pace in the car, but also their communication skills and technical knowledge.

Though all eight of the drivers who tested the New Generation i20 R5 earlier this month impressed the watching members of the jury, it was ultimately a unanimous decision that Huttunen stood out from the group.

The 23-year-old has previously competed in Germany, where he won his class in six out of the seven events in 2016. In 2017 he moved into the European Rally Championship (ERC), campaigning an R2-specification car. Alongside his ERC exploits he also stepped up to R5 competition for the first time, entering two events this season.

In just his second start in the four-wheel-drive car he took victory in WRC2 at his home event, winning a majority of the rally’s stages ahead of a field of far more experienced drivers. It was this performance that initially caught the attention of Hyundai Motorsport and led to him being invited to take part in the HMDP selection process.

At the HMDP test in France he quickly impressed the watching members of Hyundai Motorsport’s management, overcoming his lack of experience at the wheel of an R5 car compared to many of the drivers he was competing against.  Even in the slippery conditions that greeted the drivers during the test he was able to immediately show consistently strong pace on both the tarmac and gravel stages, despite the perceived disadvantage to his rivals.

The test days were designed to closely mimic the situation on World Rally Championship events. Each driver was given only two recce passes on each stage before running in the New Generation i20 R5. Their time in the car allowed them to adapt to the handling in the changing conditions on the road before beginning to discuss set-up changes with the Hyundai Motorsport engineers.

As well as his ability in the car his determination to succeed also shone though, not only during the test days, but also during the interviews that formed the first part of the selection for the HMDP opportunity.

Huttunen, will compete in selected WRC2 rounds next year in a Hyundai Motorsport entered New Generation i20 R5. He will also complete a program of tests throughout the season, in order to prepare fully for each event, and continue to progress his professional rallying career.

Jari Huttunen said: “It’s obviously a huge honour to be selected as the winning candidate for the Hyundai Motorsport Driver development Program. There were a lot of very talented drivers involved, with more experience than me, so to be chosen is a nice surprise. To be able to draw on the support from such a successful team will allow me to focus fully on my driving and training and continue to improve my performance behind the wheel. Though I only had a short time in the New Generation i20 R5 at the test I quickly felt comfortable and was able to push, even in the difficult conditions. Now I can concentrate on preparing over the coming months. I’m really excited for the year ahead.”

Hyundai Motorsport Team Manager Alain Penasse said: “We were very impressed by the level of all the candidates at the test. They each had a very professional approach, and left a good impression with myself and the other judges. What stood out about Jari was his determination. With only a few starts in an R5 car he had less experience than many of the other candidates, but was immediately competitive and consistent in the New Generation i20 R5 on both the tarmac and gravel stages. He is a clearly a very talented driver, and has enormous potential as a rally driver. With the support of the Hyundai Motorsport Driver development Program we are confident he can continue his rapid progress in the sport next season.”