Leading the way in Portugal 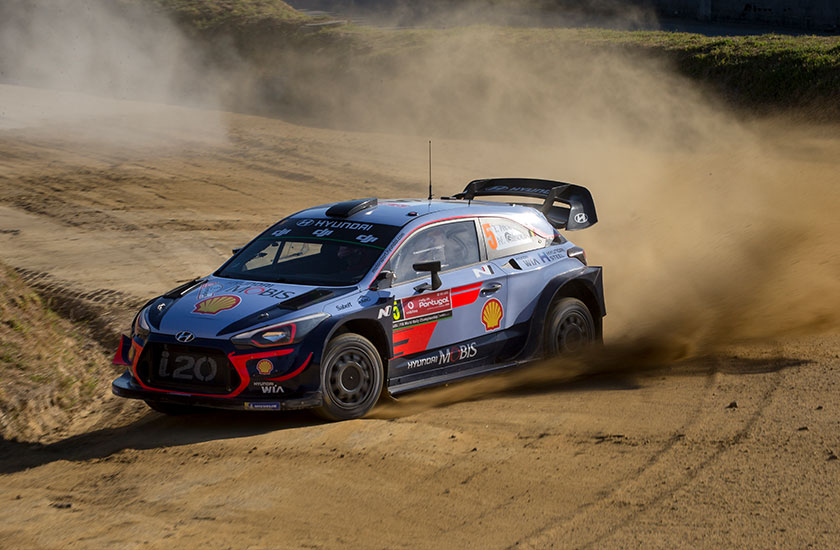 On a day of high drama and incidents, our Belgian crew Thierry and Nicolas came through unscathed to lead Rally de Portugal by 17.7-seconds.

Friday’s itinerary was action-packed with a repeat loop of three gravel stages followed by two runs through the popular Porto Street Stage.

Three of our crews registered stage wins on Friday but it was far from a straightforward start to this sixth WRC event of the season.

“I am pretty happy with my day,” said Thierry, who secured four consecutive stage victories. “We have made improvements to the car and been able to stay out of trouble.”

Our Spaniards Dani and Carlos also took a stage win, leading a 1-2 for our team in SS4 (Ponte de Lima 1) and showing their potential to fight for a strong result. Ultimately, they finished Friday in third.

“I am pleased to be in the top-three overall and still in a close podium hunt,” reviewed Dani. “We had two good runs in the Porto Street Stage to end the day positively. I hope for a smoother Saturday!”

After an encouraging morning, Andreas and Anders were forced to retire in SS7 after a loss of engine oil pressure.

“Towards the end of the stage, the engine started to feel strange and I noticed oil on the windscreen. We had no choice but to stop the car. I am very disappointed as we were going well and the car was perfect.”

In their first WRC event since Sweden, Hayden and Seb were immediately back on the pace with a stage victory in SS2 (Viana do Castelo 1). However, their day ended early when they crashed out from the lead after trying to avoid a rock in SS7 (Ponte de Lima 2).

“The day was going well and it was good to back on the pace right away,” said Hayden. “I am gutted for the team but for the third year in a row this stage bites us.”

The crew were able to exit the car on their own but Hayden was taken to hospital for precautionary checks. “We hope to hear the confirmation that Hayden is completely fine,” said our Team Principal Michel. “We have to wait and understand his condition before we can make any decision about Saturday.”

The penultimate day of the rally includes six stages run over a competitive distance of 154.64km. Vieira do Minho, Cabeceiras de Basto and Amarante will each be run twice with a lunchtime service splitting the two loops.

Michel added: “If today is a benchmark for the rest of the weekend, these positions mean nothing because we have many demanding stages still to tackle.”

Friday evening update
Hayden’s condition this evening is ok. However, due to the severity of the impact, doctors advised him to stay in hospital overnight for observation. He will not re-join the rally on Saturday.