Celebrating our recent success as WRC enters a new era 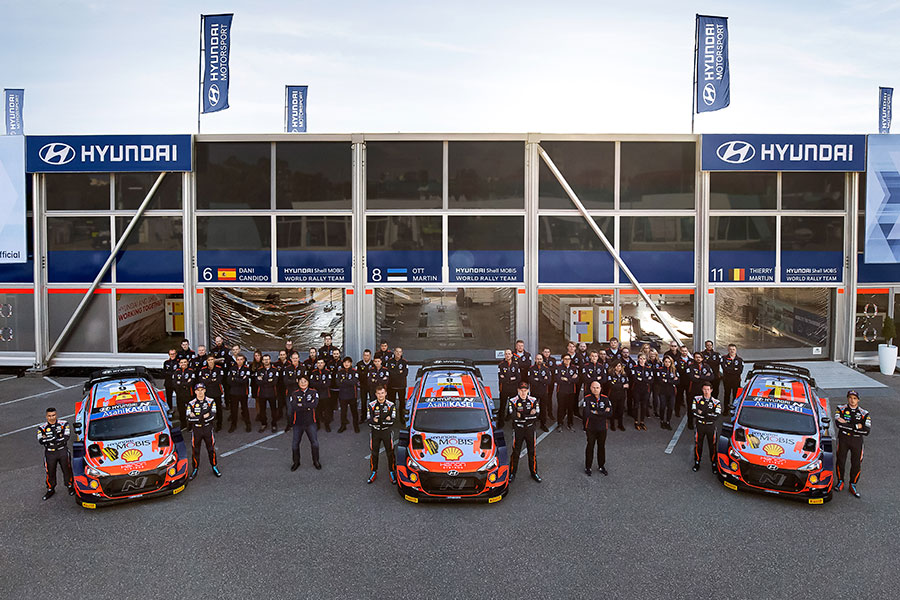 Celebrating our recent success as WRC enters a new era

As the WRC approaches an exciting new era of hybrid technology, we reflect with pride on the past five years of competition, a period in which we established ourselves as one of the teams to beat at the pinnacle of rallying.

“We are reaching the conclusion of a very special period of WRC for Hyundai Motorsport, one in which we are incredibly proud to have played a major part,” said our Team Principal Andrea. “For our team, these five years have allowed us to compete at the very highest level, to take our performances up a gear, and twice to prove our title-winning credentials.”

Across a total of 57 rallies (up to and including Rally de España), we have claimed 17 victories, 63 podium results and 402 stage wins with our i20 Coupe WRC car. The highlights of our time in WRC so far are of course the consecutive manufacturers’ titles we delivered in 2019 and 2020.

Fighting to the front
From our inaugural season in 2014, we quickly gained a reputation as podium contenders, but it was with the introduction of the 2017 regulations – the most comprehensive technical changes for thirty years – that we became front-runners on a regular basis.

“We can look back at the introduction of those 2017 regulations and recognise the important role they had in defining this epoch of WRC,” added Andrea.

Regulation changes centred primarily on improving aerodynamic and mechanical grip, with greater engine power and reduced weight, all with the intention of enhancing and broadening the sport’s appeal. The result was a highly competitive championship with tense battles, exhilarating moments, and nail-biting finales whatever the terrain.

“We have experienced every emotion possible: magic moments, close battles, celebrations, commiserations, tense Power Stages, challenges, heartbreak, and euphoria,” said Andrea, “these are memories that will live with us forever.”

Final thoughts
All four of our current WRC drivers have enjoyed success in our i20 Coupe WRC and recognise that they have been involved in something truly special over the past half decade.

“I am pretty sure we have lived through one of the best eras in WRC because these cars have been super exciting to drive and watch,” said Thierry. “I have enjoyed these past five seasons, especially the winning moments. At the same time, I always like something new, and a fresh challenge is coming.”

“To get the title, you need the full technical package because we meet so many different elements during the season: snow, tarmac, mud, and gravel,” added Ott. “Driving these cars, with their aero, the general stability and the emotion that it gives you, it’s been pure fun and we will miss them.”

“I have been very lucky to drive all of the different types of world rally car, but this latest generation has been amazing,” commented Dani. “Having said that, I am sure the new ones will be fast, because over the years the cars have always evolved to become better and better with each season.”

“The regulations we have had since 2017 have provided us with the ultimate rally car, and it’s been getting better each year,” said Craig. “Being part of the adventure with Hyundai Motorsport, getting two manufacturers’ championship titles, has been a real pleasure and will be among my most cherished memories.”

For us as a team, it is a fond farewell to our i20 Coupe WRC, but the future brings with it both excitement and anticipation. As always, our target in 2022 will be to take as many victories as possible.

“We come to each rally to win; we might not achieve that all the time, but we can honestly say, hand on heart, that we have given it our best shot,” said Andrea. “That fighting spirit will stay with us as we embrace the new Rally1 era – a new chapter for WRC and for Hyundai Motorsport.”