Our drivers Thierry, Dani and Hayden will push the New Generation i20 WRC to its limits as we seek our first Argentinian podium. 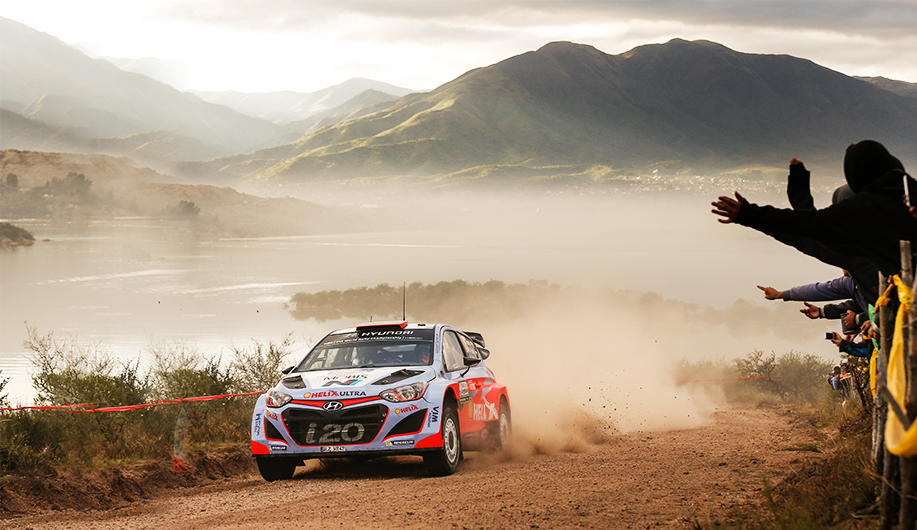 Our drivers Thierry, Dani and Hayden will push the New Generation i20 WRC to its limits as we seek our first Argentinian podium.

April 15, 2016  The long wait is over! The FIA World Rally Championship returns after a six-week break for Rally Argentina, the fourth event of the 2016 WRC season.

Argentina has proven to be a tough rally in recent years with demanding and often unforgiving stages, which can put a lot of stress on the cars and drivers. It will therefore be a stern test for our New Generation i20 WRC as we look to continue our strongest ever start to a WRC season.

We’re heading to South America with positive energy after two consecutive podiums in Monte Carlo and Sweden, and fourth-place in Mexico. We’ve never finished in the top-three in Argentina so we will try to do something about that!

“Rally Argentina will be a good test for our New Generation i20 WRC,” says Team Principal Michel Nandan. “The car has already proven itself on the gravel of Mexico but Argentina is a different beast. The terrain is very tough and it will be good to see how the new car deals with the challenge.”

Thierry started 2016 with a podium finish in the season opener and will be aiming to get his season back on track in Argentina.

“Rally Argentina is a very tricky event!” says Thierry. “We have seen very rough conditions here and this year will be the same. The rally will be long and there are some new stages so it will be tough. I’m looking forward to pushing the new car, which has performed well so far this year. To achieve a podium in Argentina is the ultimate goal for the team but we also need to take the event carefully.”

Dani also had a good start to 2016 with two top-sixes and fourth place in Mexico. He loves driving in South America and is looking for his first podium of the year!

“I like Rally Argentina very much, because of the stages, atmosphere and rally itself,” says Dani. “There are a lot of stones in the road and it can be very difficult for the car. In that sense, I think it’s one of the hardest rallies. There will be some changes in my approach from Mexico to Argentina, as the roads are completely different. The roads here are much softer and they are not so abrasive for the tyres. I will be looking to improve on my position from last year and achieve my first podium of 2016.”

Hayden completes our driver line-up for this rally, in the Hyundai Mobis World Rally Team. He has already had success this year with a second-place podium in Sweden and hopes for a positive run.

“Rally Argentina is a very difficult event with its own set of challenges,” he admits. “It’s definitely one of the roughest rallies so you have to adopt a slightly different mentality to make sure you look after the car as well! I’m looking forward to it – the whole team has been running very well this year and it will be great to add to that by gaining more experience on the Argentinian stages.”

Rally Argentina will cover 364.68km over 18 stages through Santa Rosa de Calamuchita and Traslasierra. A new Cordoba street stage will start the rally on Thursday night and Friday will feature Calamuchita valley stages. Saturday will use new roads through Villa Albertina and Ischilin before Sunday features the legendary El Cóndor stage, run a second time as the rally’s Power Stage.

“The whole team is very motivated to maintain our strong start to the season,” continues Team Principal Michel Nandan. “We will be encouraged by the incredible energy of the Argentinian fans to try and get all three cars to finish as high as possible.”