Jari and Antti add to their learning curve on gravel 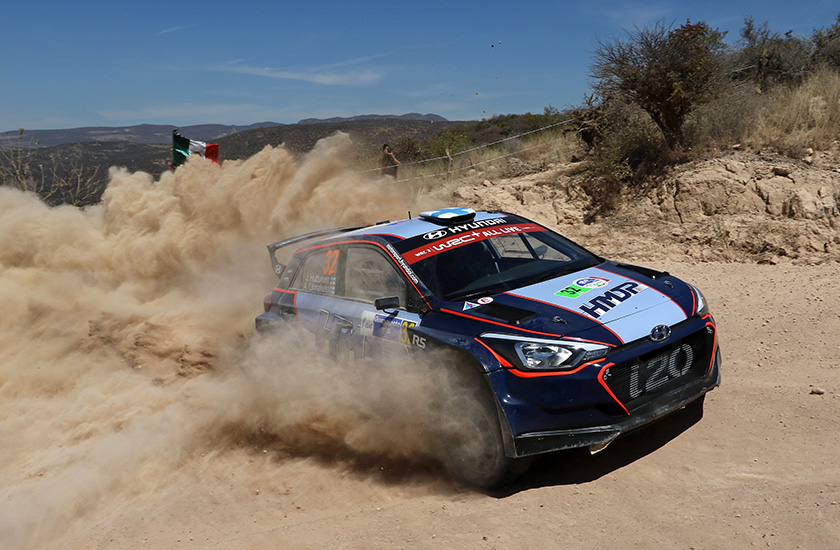 Jari and Antti add to their learning curve on gravel

For Finns more used to cold, snow and ice, a trip to the heat and altitude of Rally Mexico was always going to be a shock to the system. Yet, our HMDP crew Jari and Antti took the challenge in their stride, despite some obstacles along the way

Jari and Antti endured a character-building weekend in their first Mexican rally, finishing in sixth place despite some impressive top-three stage times in their i20 R5.

“It has been a long and difficult rally,” admitted Jari. “The heat, altitude and gravel stages presented a very different challenge to what we are used to!”

Starting with an encouraging third place in shakedown, their luck changed in the opening Monster Street Stage at Guanajuato on Thursday evening, as they spun twice and lost 16 seconds of time.

Antti then fell ill on Friday morning, losing his voice ahead of the opening loop. Setting top-three times despite the inconvenience showed Jari’s maturity in the face of adversity.

Unfortunately, things got worse in SS6 after the crew damaged the radiator – due to an impact – forcing their retirement. Re-starting under Rally 2 on Saturday morning, with Antti back up to full health, they were back on form.

The morning loop of Guanajuatito (30.97km), Otates (26.37km) and El Brinco (9.98km) was thwarted by a few issues before a leak in the fuel system on the road section after lunchtime service saw them unable to complete the day’s running.

Push to the Finnish

“We had some bad moments, from Antti falling ill to a couple of technical issues but we did not give up,” said Jari. “I was pleased to set times inside the top-three, and to get close to the likes of Tidemand and Rovanperä.”

Our Team Manager Alain added: “It has been a complicated rally weekend for Jari and Antti but with some positives to take away. They have shown that they can be close to the pace of the leading, more experienced WRC 2 competitors in really difficult conditions – and that is a very good step in the right direction.”

Jari and Antti will return to their i20 R5 at Rally de Portugal in May.