Preview: Onwards and upwards for our Finns after sixth in Sweden 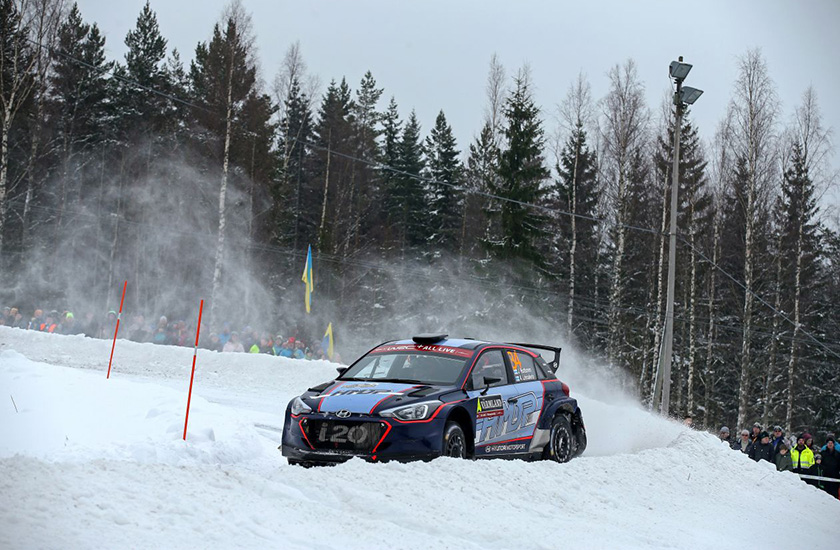 Preview: Onwards and upwards for our Finns after sixth in Sweden

First impressions count for a lot. Fortunately for our HMDP crew Jari and Antti, they made a positive start to their 2018 WRC 2 campaign in Sweden.

Competing against more experienced rivals, our Finns took two stage wins to finish sixth in the competitive WRC 2 class in their opening round of the season.

“We were impressed with how Jari and Antti approached Sweden,” said our Team Principal Michel. “It was intended to be a learning experience but they were able to show some good speed and consistency.”

“I was satisfied with our rally in Sweden, and happy with the performance of our i20 R5,” commented Jari. “There were areas where we could have made improvements but there were a lot of positives.”

The duo will now head into unfamiliar territory at Rally Mexico, an event in which they have never previously participated.

“Mexico will be a brand new experience so it won’t be easy,” added Jari. “Our focus is on having a clean rally. Of course, we would like to show some good pace but we know the WRC 2 contest is tough.”

Testing is prohibited outside of Europe, so our HMDP crew spent time in Spain aiming to replicate some of the gravel conditions expected in Mexico. “I think we are as ready as we can be,” he concluded.

The 22-stage Rally Mexico schedule begins on Thursday evening with a popular street stage at Guanajuato.