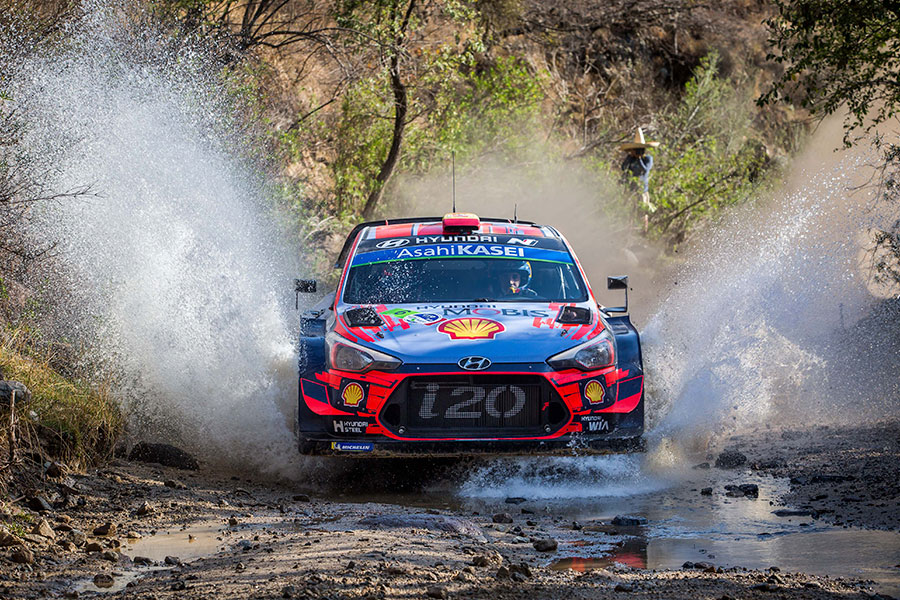 The opening winter rounds of the 2020 WRC season will be a distant memory as we prepare for the hot temperatures, high altitudes and challenging gravel stages of Rally México.

The third round of the season will see us tackle a wide range of demanding roads, putting crews and cars to the ultimate test. The 24-stage itinerary includes short street stages in Guanajuato – including the WRC’s shortest-ever test in León (0.73km) – as well as more gruelling stages like El Chocolate (31.45km), Guanajuatito (24.96km) and Otates (33.61km).

All three of our crews – which, for Mexico, will be Thierry/Nicolas, Ott /Martin and Dani /Carlos – tested on gravel in Spain to prepare for the rally.

Thierry and Nicolas are on equal points with the current championship leader, with the Belgians eager for their first victory in Mexico. “I have great memories, including our first podium with Hyundai Motorsport,” said Thierry. “It has always been one of the rallies I wanted to win; I was never quite able to achieve it, but it would be nice to change that this year.”

The characteristics of Mexico will be in stark contrast to conditions faced in Sweden, where Ott and Martin scored their first podium for our team. “The heat and altitude make Mexico a very specific event on the calendar,” said Ott. “Physically, it can be tough. At altitude we don’t have as much oxygen, so our driving style needs to be smooth and flowing, while the engine power is reduced, so we have to be efficient.”

For Dani and Carlos, Rally México will be their first WRC event of the 2020 season. “I really want to win in Mexico,” said Dani. “We have a lot of support and passion from the fans, which only adds to the character of this event. I can’t wait to get back behind the wheel.”

In WRC 2, our i20 R5 has shown encouraging pace in the opening rounds of the season. Our two crews – Ole Christian/Jonas and Nikolay/Yaroslav – have both had highs and lows but are looking for a consistent and competitive performance in their first participation at Rally México.

“I have only done the recce in 2017 and 2018, so I am excited to have this opportunity to compete,” said Ole Christian. “We want to build on the good result we had in Sweden. For Mexico, R5 victory is the target.”

Nikolay added: “I am really excited to take part in Rally México; I will have some time ahead of the rally to acclimatise but I am looking forward to getting the rally started and seeing what we can achieve in the i20 R5.”

“We expect our two WRC 2 crews to make a step forward in performance in Mexico,” said Andrea. “The performance of the i20 R5, developed by our Customer Racing department, has been competitive. There’s no question it is a challenging event, but that’s what the WRC is all about, and why we are here.”