New deals for Thierry and Ott 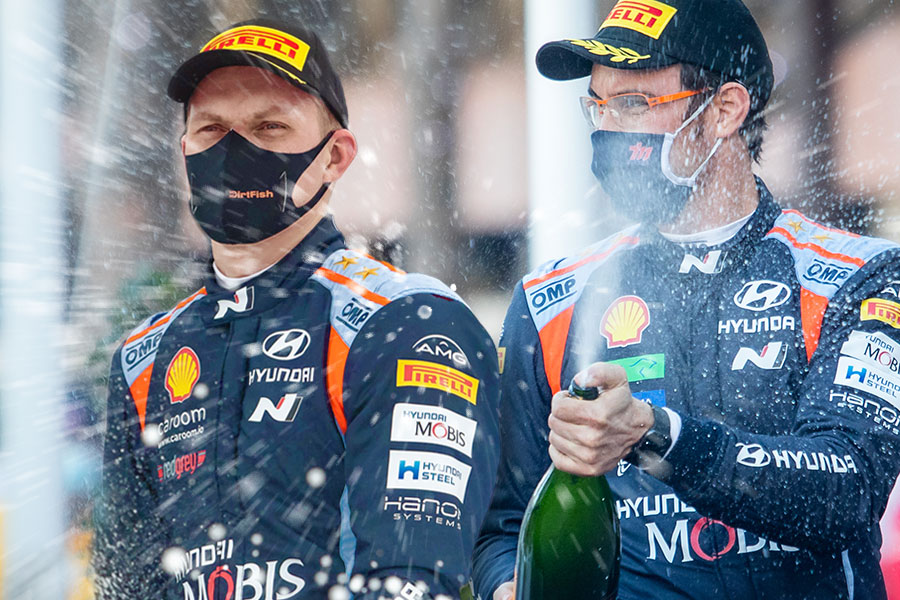 Our preparations for the new 2022 WRC era have received a further boost with Thierry and Ott both signing multi-year deals to remain with our team.

By continuing to work with two of the most talented drivers in rallying, we demonstrate our firm intent to remain at the forefront of the competitive WRC and to embrace an exciting hybrid future. Our prototype challenger, based on the Hyundai i20 N road car, will enter its testing phase in the near future.

Thierry, who has secured three podiums in a row so far this season, has been a fundamental part of our operation since the very beginning, helping us to important milestones. From our first WRC victory in Germany in 2014 right up to our recent manufacturer titles in 2019 and 2020, he has been a key part of our growth.

“I’m happy to sign a multi-year contract with the team which became my second family,” said Thierry. “Their determination and target for victory convinced me to pursue the fantastic journey we started together more than seven years ago. Their approach and ambitions on the new challenges coming next year, with the new WRC hybrid regulation, is also very promising.”

Ott joined us as reigning drivers’ champion for the 2020 season and took his debut win in the i20 Coupe WRC at his home event in Estonia. He returned to winning ways at Arctic Rally Finland earlier this year with an assured performance, leading a Hyundai 1-3.

“I am really happy to sign a new contract with Hyundai Motorsport from 2022. Over the past two years I have seen the team’s commitment and their determination to succeed. I am looking forward to the new era of the WRC, but we have still a job to do this year – making sure we send off the current generation of WRC cars in the best possible way.”

Our Team Principal Andrea expressed his delight at the announcement: “Working with these two talented drivers in the future demonstrates once again our continuous determination and ambition to succeed in the World Rally Championship. Both have demonstrated to be exceptional ambassadors for the brand and the team. We are beginning the crucial phase of testing of our new 2022 Rally1 challenger in the near future so together with Thierry and Ott, we can execute a smooth testing plan.”