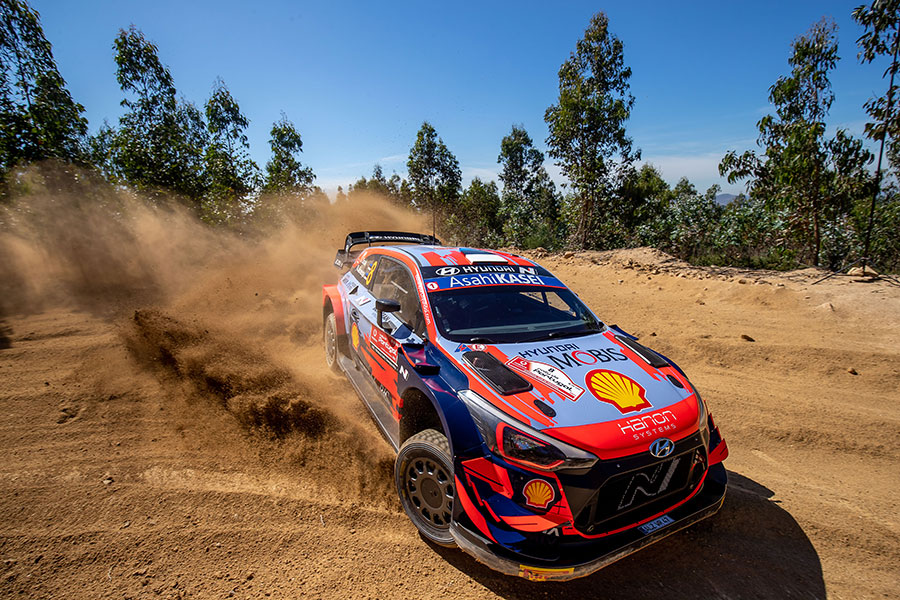 We travel to pastures new next weekend to compete in our first-ever Rally New Zealand, the eleventh round of the 2022 WRC season. We journey south with the momentum of a strong run of form, having achieved a 1-2-3 finish at the previous event, Acropolis Rally. As well as claiming all three spots on the podium in Greece, the victory was our third consecutive trip to the top step.

“Despite us never having competed at Rally New Zealand before, we travel to the event with great confidence,” said Julien, our Deputy Team Principal. “The excellent result at the last round demonstrated the capabilities of our i20 N Rally1.”

Into the unknown
Rally New Zealand returns to the WRC calendar in 2022 after a 10-year absence from the series. With the previous event held two years prior to our inaugural WRC season, it is a brand-new rally for us. There is some experience of the event within our driver line-up, as both Ott and Thierry took part in the 2012 edition.

“I competed at Rally New Zealand ten years ago and I have good memories of the event, so I am looking forward to going back,” commented Ott. “I have been watching videos to refresh myself and the roads look fantastic; they seem as if they were made for rallying.”

The rally presents another gruelling gravel test for our hybrid-powered i20 N Rally1. It will be particularly tough for crews earlier in the running order, as the loose surface becomes smoother with each pass as the cars clear an increasingly cleaner line. Our drivers will also need to be careful to avoid mechanical issues on Friday, which boasts over 150km of stages but no midday service.

“I was lucky enough to compete there in 2012 and it was an incredible event,” added Thierry. “The roads are very loose on the first pass but grippy on the second pass. It is hard to prepare for such an event, but we will try our best to perform well.”

Avoiding incident
Reliability has been one of our strengths in recent events and was key to our landmark result in Greece. It also played a vital part in Oliver and Elliott’s fourth place at Ypres Rally Belgium. Our young duo will join the victors and runners-up of Acropolis Rally in our line-up for Rally New Zealand.

“It is my first time going to Rally New Zealand, so I am very excited for this new adventure,” said Oliver. “The roads look amazing and the whole event seems to be very beautiful. Our target for this event is to keep learning, keep pushing, and hopefully get a good result for the team.”

Rally New Zealand will take place on September 29 to October 2.