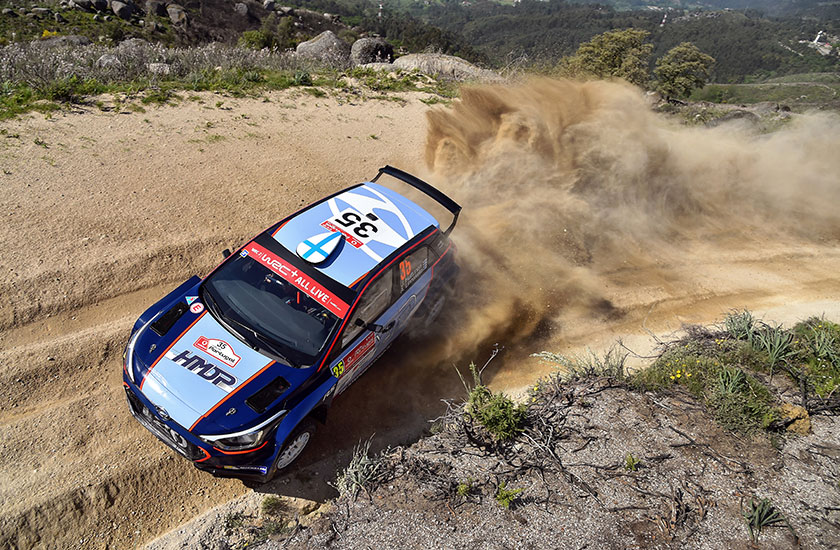 Fresh from their fourth place finish in Wales Rally GB, our HMDP crew Jari and Antti will face a brand new experience at Rally de España, their final WRC2 round of the 2018 season.

For our Finnish pair, the Spanish round will represent their seventh WRC2 participation of the year, and their competitive debut on the mixed surface event.

They have already demonstrated pace and potential on familiar terrain, but Spain will herald a new chapter in their HMDP learning curve with the i20 R5.

Staying in the mix

“Wales was arguably the most encouraging WRC2 weekend we have had this year,” said an upbeat Jari. “Of course, we were confident and fast in Finland but at the last event we really put into practice a full twelve months of development.”

Our Team Principal Michel added: “Jari and Antti have made important progress throughout 2018, tackling a combination of familiar and new events. Spain will be their next challenge, but we are sure they will get the best out of themselves and the ever-improving i20 R5.”

Rally de España will get underway with a short special in Barcelona on Thursday evening before moving onto primarily gravel stages on the first full day. Even then, the La Fatarella-Vilabla stage will consist of both tarmac and gravel sections, offering a unique test of skill from driver and co-driver.

The set-up of the i20 R5 will be changed during a 75-minute service at the end of Friday before the crew contests two days of tarmac routes. Jari and Antti have already begun to close the gap to the very competitive and established WRC crews as they become increasingly familiar with their R5 machinery.

“Spain will be a new event for us, so we have a bigger challenge against the main WRC2 contenders, who will no doubt set a high benchmark,” added Jari. “Our aim is to get as close to them as we can and pick up experience of a mixed gravel/tarmac rally.”