Ott and Martin get down to work 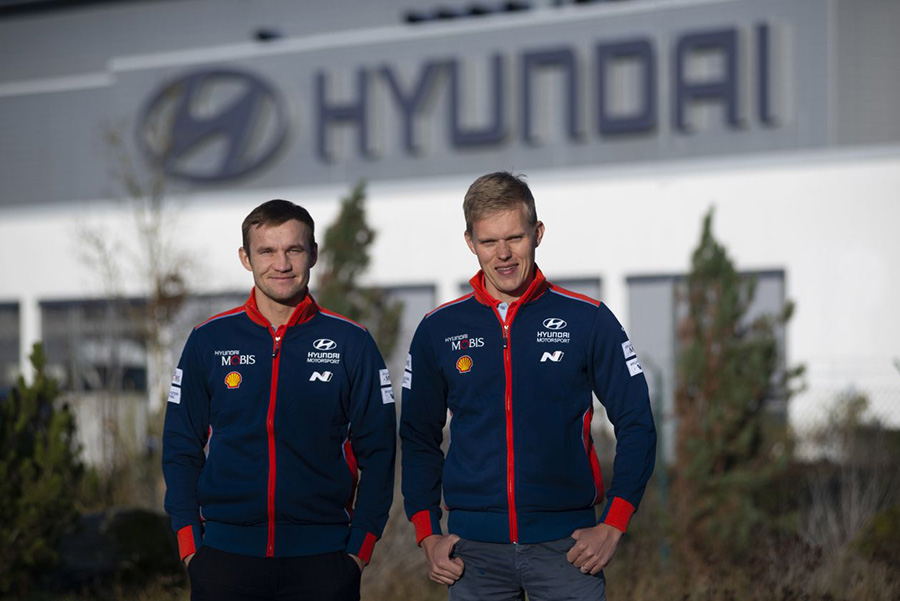 Ott and Martin get down to work

A new year always brings renewed ambitions and targets, but for 2020 we will also have a new-look crew line-up in WRC with Ott Tänak and Martin Järveoja joining our team.

The Estonian crew will compete in their first event for our team at Rallye Monte-Carlo (January 23-26). They visited our factory in Alzenau in December for a seat-fitting and to meet some of their new colleagues.

“In the short space of time that we had last month, we immediately got down to work and we were very busy straight away,” said Ott. “Everyone has given us their full support. I still have many team members to get to know, but this is normal at the start of a new relationship. I have found the team to be extremely passionate and focused.”

The crew then enjoyed their first taste of the i20 Coupe WRC during a one-day test in the Sisteron region of France.

“I was positively surprised after my first run, and I felt good in the car,” recapped Ott. “Each car has its own personality, but so far I can say that the i20 Coupe WRC is a strong all-round package. We have some more test days before Monte-Carlo, and we will be ready for the first challenge.”

Ott and Martin join Thierry and Nicolas for a full season campaign this year, while Dani/Carlos and Sébastien/Daniel will share a third car. The reigning drivers’ champion has pushed the reset button ahead of a new challenge.

He said: “We have just won our first WRC title, but a new year means we start again from a blank sheet of paper. I will give all my experience to the team and together we will work hard to defend ours – and the team’s – titles.

“I am always looking for a consistent start, to begin the season with a good feeling. For the season, everything is possible. I have a strong team behind me, so we will fight hard. We definitely share the same hunger and aspirations. I am really looking forward to getting our season started at Rallye Monte-Carlo,” he added.

The scene is set for an exciting 2020 season!