On a mission in Mexico 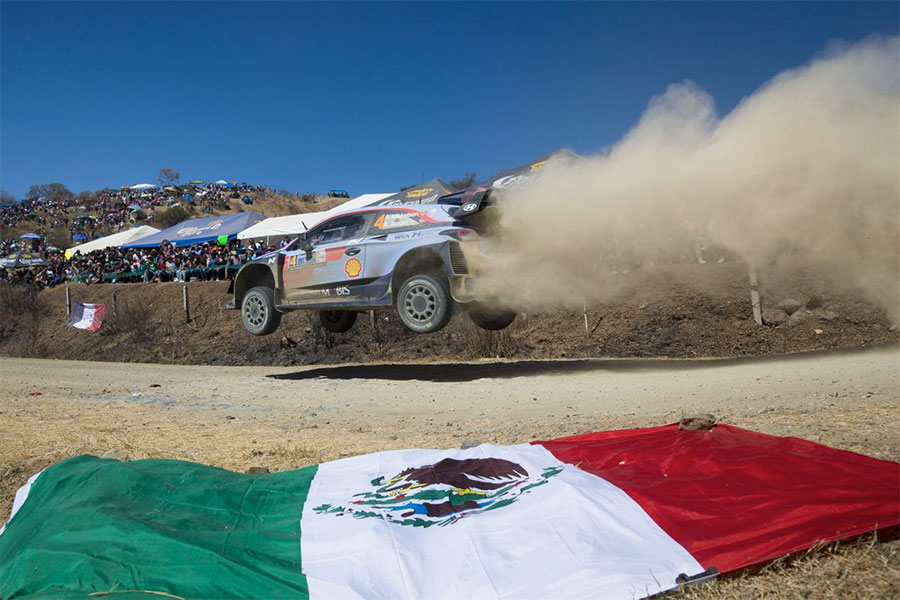 Things are looking up – literally – as we head for the high altitude and hot temperatures of Rally México, round three of the 2019 WRC season. We will be aiming to continue our competitive start to the year following podiums in Monte-Carlo and Sweden.

We will once again field a three-crew line-up with Dani and Carlos joining Thierry/Nicolas and Andreas/Anders. Our Spaniards will begin their first WRC outing of 2019 on the back of victory with the i20 R5 in Rali Serras de Fafe.

“I am happy to be starting my first WRC event of the season,” said Dani. “The other crews have already warmed themselves up at Monte-Carlo and Sweden, even in the cold conditions. Now it’s time to begin our own season!”

From the colourful street stage in Guanajuato, Rally México ascends into the stunning surroundings of the Sierra de Lobos and Sierra de Guanajuato mountains. Against a picturesque backdrop, our crews will tackle a series of tough tests that will put drivers, co-drivers and cars to the ultimate test.

“It’s the first rally of the year with hot temperatures, as well as being high up in the mountains,” commented Thierry. “The reduction of oxygen at altitude will mean less horsepower for the engine, while the heat makes life more demanding in the cockpit.”

Notable stages include the daunting El Chocolate, reaching the highest altitude of the season in excess of 2,700m, and El Brinco, which features a brand new exhilarating jump for 2019.

In the heat of battle

“It is one of the warmest rallies of the season, at high altitude and with some long, hard gravel stages,” added Andreas. “The combination of heat and height makes it a gruelling rally for crews and cars.”

We have taken numerous podium results in Mexico over the years, including our first-ever WRC top-three result in 2014 and second place twelve months ago. The aim is to target one better than that in this year’s event.

Our Team Director Andrea said: “The first two rallies of 2019 have delivered an exciting spectacle and we have been able to feature strongly in the battle. However, against extremely tough opposition, we have to re-double our efforts and push that bit harder for the results we know we are capable of scoring.”