Pace and progress in Pau 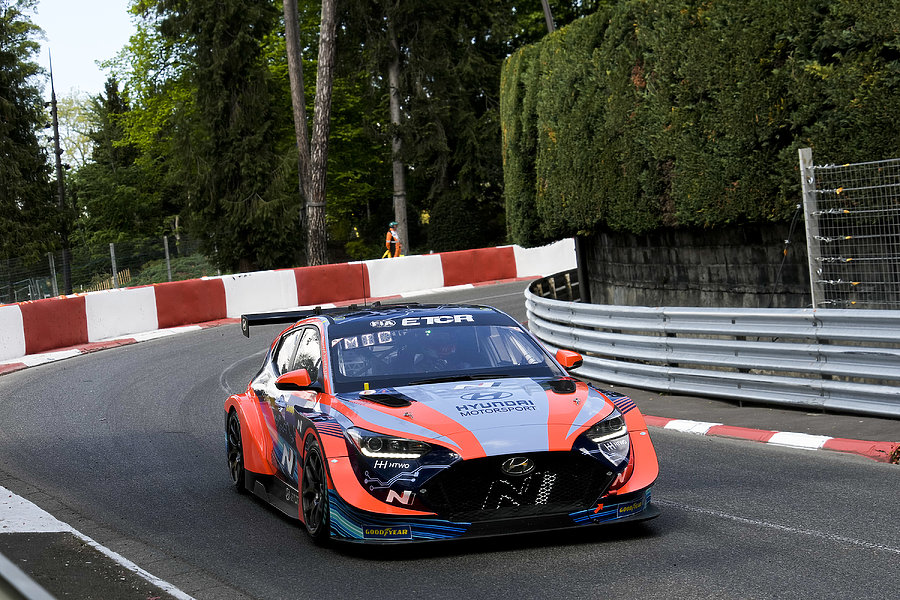 Our team departed the Race FR, the first round of the 2022 FIA ETCR – eTouring Car World Cup, feeling positive with the pace and the progress of our Veloster N ETCR throughout the weekend.

The event at the Circuit de Pau-Ville began well, with Jean-Karl claiming pole position in Pool Fast’s Qualifying, and culminated with second place for Mikel in the Pool Furious Super Final.

“It has been an eventful start to the season, with our team making continued progress in every on-track session,” said our Director of Marketing and PR. “The Veloster N ETCR continued its winning ways, but we know we have to keep improving our performance as we fight for the titles.

Fighting hard in Pool Furious
Mikel had an eventful start to his Quarter Final, as contact to the left rear of his car caused a puncture. However, our Spaniard was able to return to the pits for a new tyre and finish the race in second. He lined up third on the grid for the final round, the Super Final, where he was able to overtake the car ahead using Power Up (a 200kW bost) and move into second place.

“The Super Final was the best session of the weekend,” said an ecstatic Mikel. “The car was working fantastically. We put a lot of hours in this weekend; it was a tough job but in the end you can see the results of our efforts.”

His Pool Furious team-mate Kevin was compromised in Qualifying due to yellow flags. He had just one lap to claim his place on the Quarter Final grid, and could only manage fifth. He started the Super Final on the last row of the grid. From there, he briefly challenged for second place, but had to settle for fourth.

“I made a mega start in the Super Final from sixth place – I tried to go round the outside as I had nothing to lose and gained some positions,” explained Kevin. “The pace was there and it was a great note to end the weekend on.”

Character building weekend for Pool Fast
Jean-Karl secured pole position in his Quarter Final with his impressive lap in Qualifying. Unfortunately, he was disqualified from the race after an error with the set-up of his Veloster N ETCR resulted in him having additional power. Despite it being difficult to overtake at the circuit, Vernay was able to progress from fifth to third by lap three of his Super Final. Having used all his Power Up, he was unable to mount a defence in the closing stages and crossed the line in fourth.

“It was a difficult start to the season for us,” admitted Jean-Karl. “Qualifying was the best session for me. Although it has been ten years since I last raced at this circuit, it took me some time to get confident with the car and it all came together in my lap in my second attempt.”

Team-mate Norbert was on a mission to finish every session. Following his fifth place in Qualifying and second in the Quarter Final, he claimed his first FIA ETCR victory in the Semi Final. He was due to start the Super Final in fourth, however an e-Kit related issue in his car prevented him from joining the grid, and he started from the pit lane. Unable to catch the back of the pack, he crossed the line in fifth.

“My goal was to finish every session to build my confidence, so I was very happy with the rhythm up until the Super Final,” said Norbert. “Overall I’m happy with the points we scored and my pace in the Hyundai Veloster N ETCR, especially towards the second part of the weekend so we have a good foundation to build on during this season.”

2022 FIA ETCR Manufacturers’ Standings
After round 1

2022 FIA ETCR Drivers’ Standings
After round 1 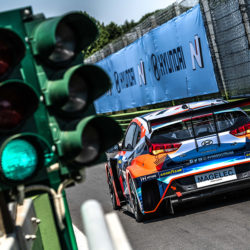