Day 2: Tough day for our crews on the Mexican stages 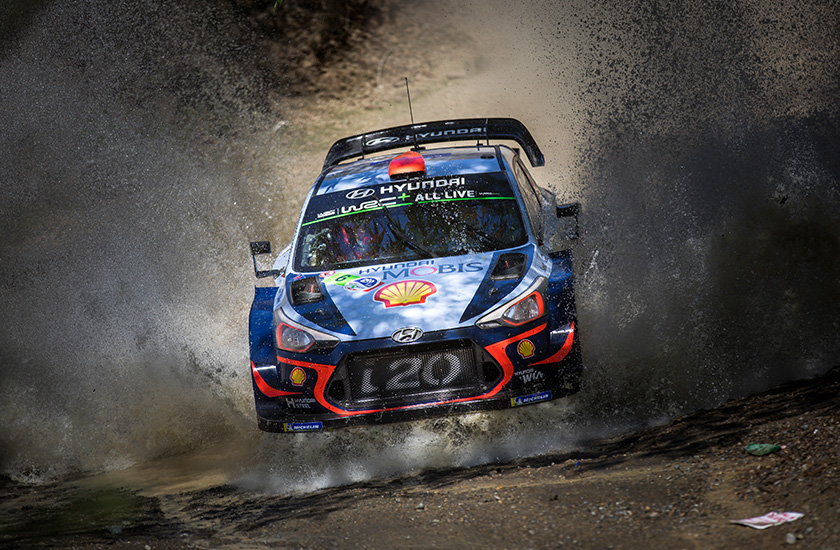 Day 2: Tough day for our crews on the Mexican stages

Mexico is well regarded as one of the toughest tests of the WRC season for man and machine – and Saturday’s gruelling stages reminded us of the rally’s unforgiving and unpredictable nature.

Punctures, reliability and tricky gravel terrain resulted in plenty of drama on the penultimate day with changes of position up and down the order. Unfortunately, we endured our own share of misfortune right from the outset.

Having started Saturday leading the rally, our Spanish crew Dani and Carlos struggled to find the rhythm in the opening loop, before picking up a puncture in the afternoon that dropped them to third overall.

“I hit a small stone at the start of SS14,” admitted Dani. “I had to drive the stage with a front-left puncture. With no spare tyres, I took the rest of the loop quite steady, not pushing hard. We didn’t want to risk anything.”

There was also more drama for our championship leaders Thierry and Nicolas. The Belgians lost over a minute on the first run through the Guanajuatito stage, after getting stuck in a water splash. They still moved up to sixth overall.

“It has been another difficult day,” said Thierry. “We have managed to gain one position today, and there are lots of things happening at the front of the pack. We will aim for some points to minimise the damage from this tough weekend.”

Our Norwegians Andreas and Anders have moved up to fourth with a good buffer ahead and behind them on the classification. “We have to concentrate on our own rally,” explained Andreas. “It’s very easy to make a mistake here, so I want to keep a steady pace and rhythm.”

Our Team Principal Michel summarised the day: “All we can do is stay in touch and push for a podium finish from the weekend.”

Dani added: “A podium in Mexico this weekend would be a great result!”