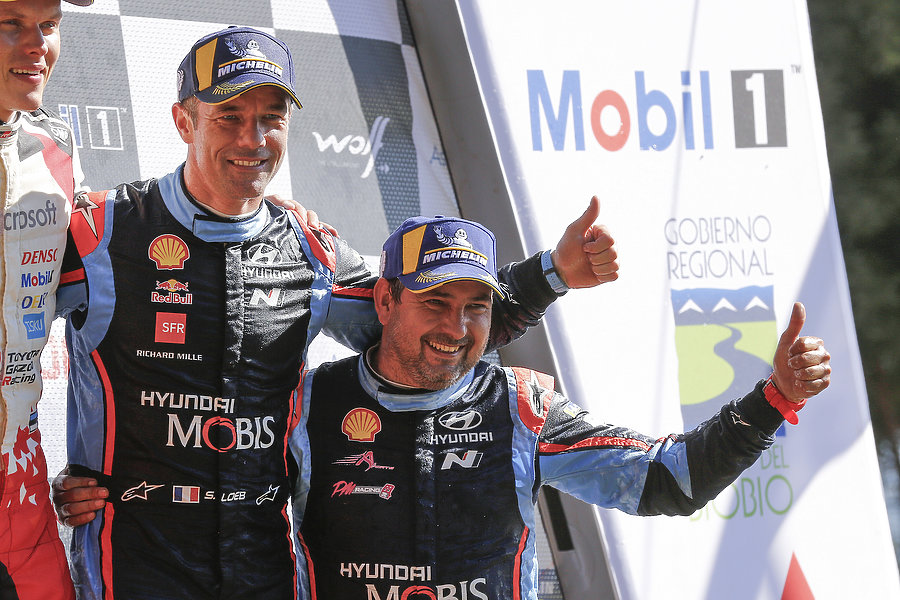 We have brought WRC’s tour of South America to a positive conclusion with our sixth individual podium result of the season so far.

Fighting their way back up the classification from eighth on Friday’s opening stage, the final morning saw our #19 crew involved in a tantalising battle with the ‘other’ Sébastien (Ogier).

“Chile has been a difficult but enjoyable and productive rally,” said Sébastien. “It’s been a long time since I’ve felt so comfortable inside a car. We’ve scored some important points for the championship.”

Our Team Director Andrea added: “Sébastien and Daniel have done a great job this weekend. All weekend, they have been keeping us feeling young, back to the sort of performance level that reminds us of their best years. They have done an amazing rally and really helped to keep our championship aspirations alive.”

Andreas and Anders finished the rally in seventh place, but it was a contrasting weekend for our Norwegians.

“This rally has been a real disappointment after the high that we had in Argentina,” said Andreas. “I am sure we can pinpoint the error back to the recce. We took very aggressive pace notes, and following a few small moments, I was never truly able to trust the notes as much as we needed to.”

Thierry and Nicolas could not participate in the rally on Sunday following a crash during Saturday’s SS8 (Maria Las Cruces). They will return at Rally de Portugal.

Rally Chile sees a change at the top of the drivers’ classification with Thierry dropping down to third. In the manufacturers’, we continue to lead the way with a strong advantage of 29 points.

The WRC’s gravel challenges continue at round 7, Rally de Portugal, taking place from May 30-June 2.

2019 FIA World Rally Championship for Drivers’ Standings
After round 6

2019 FIA World Rally Championship for Manufacturers’ Standings
After round 6