Four stage wins for the New Generation i20 WRC 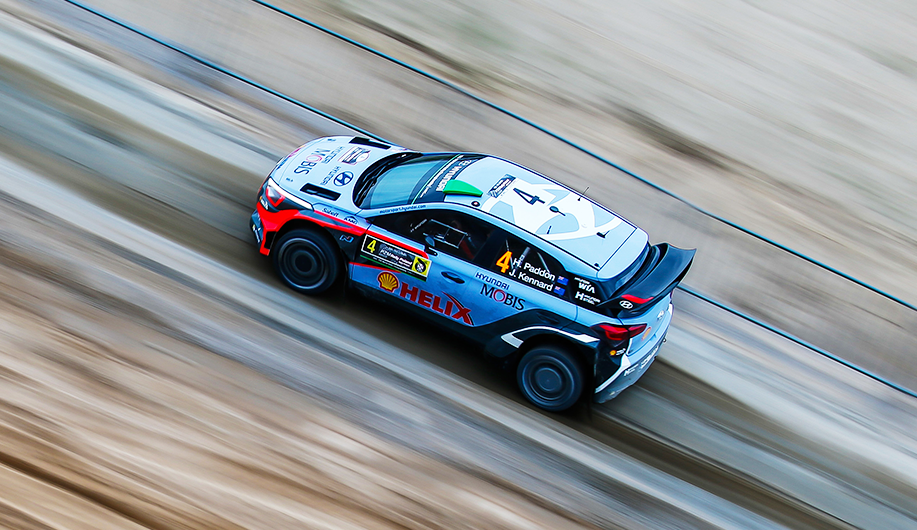 Four stage wins for the New Generation i20 WRC

A strong start to the seventh round of the 2016 WRC season with two New Generation i20 WRCs inside the top-five!

Fresh from our recent win in Sardinia, we’ve been back to WRC action this week for Rally Poland. And we’re already into a competitive rhythm on the fast stages!

Thierry (#3), Hayden (#4) and Dani (#20) have all made it safely through the first full day of action as we aim for another podium to add to our growing 2016 collection.

Hayden and John concluded Friday in third place on the overall classification. It was an encouraging start for the Kiwi crew as they look to fight back after a couple of disappointing results.

They were on competitive form in the Friday’s morning loop. A stage win in SS2 (Chmielewo) and SS5 (Stare Juchy) was the perfect way to get the rally underway.

They went onto to take another fastest time in the second pass of Stare Juchy, which kept them in touch with the rally leader Ott Tanak and second-placed man Andreas Mikkelsen.

We have happy memories of Rally Poland from 2014 when we finished on the podium in our first WRC season.

It was Thierry and Nicolas who took the honours two years ago. Our Belgian crew  who took our second win of 2016 at the last rally in Sardinia  look on course for another great weekend.

The pair, who return to the #3 car for Poland, won Thursday evening’s super special but then lost time on Friday morning’s loop.

Thierry explained what happened: “Each stage had two or three sections where our pace notes were a bit slow. We worked on that during lunchtime service and had a better afternoon. We can reflect on a positive day. We’re here to fight at the front and we’re definitely in a strong position.”

A Pleasure to Drive

Dani and Marc are representing the Hyundai Mobis World Rally Team in the #20 car in Poland. Our Spanish crew had a trouble-free Friday, enjoying the thrills of the fast Polish stages.

“It has been a real plea02sure to drive,” said Dani. “I have had a good feeling with the car and we’ve not encountered any problems.”

Like their teammates, they will be aiming to make improvements on Saturday.

“It’s been a solid start for our three crews,” summarised our Team Principal Michel Nandan. “The drivers have all said how much they’ve enjoyed driving on these fast and exciting stages. We’ll keep focused on our objectives as a team.”

Michel was cautiously optimistic about our chances for the rest of the Rally Poland weekend. “It looks like we’re in the mix,” he said.