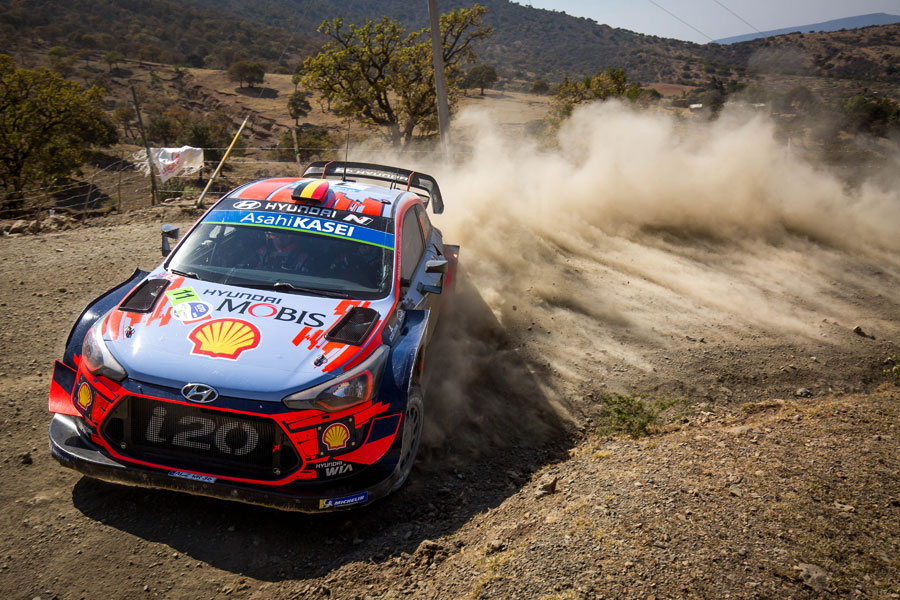 Rally México, the third round of the 2019 WRC season, delivered another handful of important championship points for our team with Thierry/Nicolas finishing in fourth place and Dani/Carlos in ninth.

There was little drama on the final day with all crews focused on bringing home as many points as possible after a learning weekend for the team. Thierry and Dani both added to their individual championship totals for finishing third and fourth in the Power Stage.

“These are not the results we come to WRC events to achieve, but we cannot be frustrated or even disappointed,” said our Team Director Andrea. “Our Rally México was affected from the opening day, and it was damage limitation ever since.”

In a spirited start, Andrea and Anders took two stage wins on Friday’s opening loop and led the rally. Unfortunately, in the repeat of the El Chocolate stage, the crew was forced to stop as a result of damage caused by hitting a stone.

“It is important that we look at the many positives from this weekend,” said Andreas. “The i20 Coupe WRC performed much more to my liking, and that was reflected in our competitive stage times on Friday.”

Dani and Carlos also showed rally leading potential, holding second place before an electrical issue stopped them on the road section after the afternoon’s Ortega stage.

A slow puncture on Friday’s first stage had put Thierry and Nicolas down to ninth overall. They fought back with tenacity to end the opening day with a stage win. Our Belgians continued to make up ground as we enjoyed more stage wins on Saturday evening. Andreas and Anders led a 1-2-3 in the V-Power Shell Stage at the Autodromo León, before Dani headed up a repeat result in the León street stage.

“That was not the weekend we wanted,” said Thierry. “From the puncture early on Friday morning, and with our road position, it has been a really challenging event from start to finish. We have to put this rally to one side and re-group ready for Corsica.”

Dani added: “I have enjoyed driving the stages this weekend, and we’ve had amazing support from the crowds, even if the end result was not what we could have achieved. We were fighting at the front on Friday until our problems so the potential is definitely there.”

Next up on the WRC calendar is Tour de Corse, the first complete tarmac rally of the 2019 season, taking place March 28-31. We will field a three-crew line-up with Thierry/Nicolas, Dani/Carlos and Sébastien /Daniel.

2019 FIA World Rally Championship for Drivers’ Standings
After round 3

2019 FIA World Rally Championship for Manufacturers’ Standings
After round 3