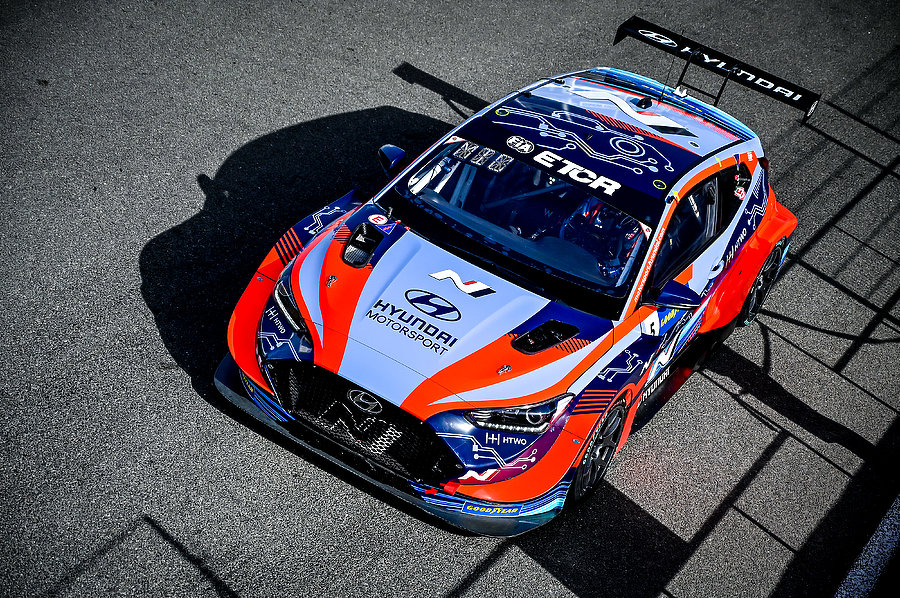 Our team showed signs of positive improvement at the Race SP this weekend (June 17-19), which took place this weekend.

In the sweltering heat, with temperatures reaching nearly 40 degrees Centigrade on Saturday, each of our drivers was involved in intense and competitive battles.

“We’ve made another good step forward here at the Race SP and were the second top-scoring manufacturer this weekend,” said our Director of Marketing and PR, Stefan. “We have closed the gap in the teams’ standings, and Mikel remains third in the drivers’ battle, so we depart Jarama in good spirits.”

Strong result at home
Mikel was one of the few drivers with prior knowledge of the Circuito del Jarama and set the third fastest lap in Qualifying. The home hero finished second in both the Quarter and Semi Finals, which secured a front-row start for the final race. After an attempt to challenge for the lead of the Super Final, he had to concede position and settle for third.

“It’s been tough but we’ve enjoyed some close battles with our rivals here in Race SP,” admitted Mikel. “I expected the results to be a little bit better at my home track and in the end, it was a very similar weekend to my team-mates.”

His Pool Furious team-mate Nicky made a strong start to his first-ever FIA ETCR event and claimed his debut win in his Semi Final. After a race-long battle for position in the Super Final, he finished in a fine fourth place.

“My first weekend in FIA ETCR has been a steep learning curve,” said Nicky in summary. “I really enjoyed my first event, this is unlike anything I’ve ever raced before.”

Improving in confidence
It was a fantastic event for Norbert, who enjoyed his strongest weekend of the season so far. After a comfortable victory in the Quarter Final, the Hungarian secured a second-place start for the Pool Fast Super Final. Although he maintained position off the line, he was hit from behind and dropped to third, where he finished.

“My weekend was good, the best so far this season – but it wasn’t easy with the heat,” said a happy Norbert. “We improved the balance of the car in every session, so I’m happy with the progress.”

Jean-Karl was involved in close on-track battles throughout the event, and finished in second place in both the Quarter and Semi Finals. Starting the Super Final from fifth on the grid, he gained a place on the opening lap and fended off the cars behind to finish the race in fourth.

“Race SP was maybe my most difficult weekend of the season so far,” said Jean-Karl. “Towards the end of the weekend, I was really starting to get comfortable with the circuit and the car felt great.”

The fourth round of the FIA ETCR season, Race BE, will take place on July 8-10