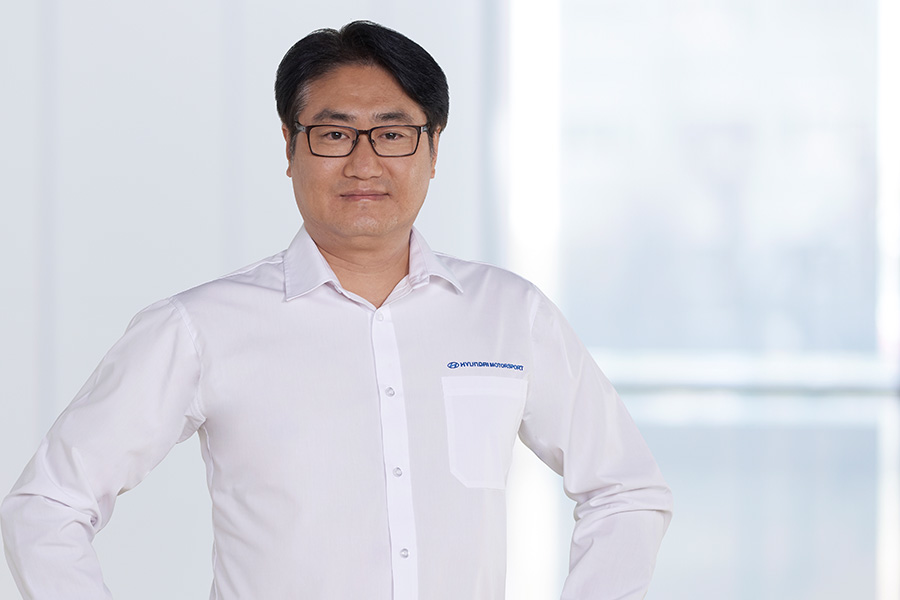 Mr. Noh joined Hyundai Motorsport as President in March 2018 having held influential roles globally within the Hyundai organization since 1993, and played an important part in our team securing our first WRC manufacturers’ title in 2019. His role oversees all areas of our company including WRC and our Customer Racing activities, coordinating on a daily basis with Hyundai’s headquarters in Korea.

As an automotive company, to have a motorsport facility is important for Hyundai. So, through our facility, we can develop the most advanced and high-performance technology, which can affect production cars for customers. To be to be President of Hyundai Motorsport is the most unforgettable and meaningful in my life.”

Elsewhere in 2019, a Hyundai Motorsport Customer Racing driver took the title in WTCR, how important is this for HMSG
“Our second consecutive WTCR drivers’ title completed an excellent year. The series is incredibly competitive with many very strong drivers, teams and manufacturers involved. For the Hyundai i30 N TCR to have consistently been at the front of the series for two full seasons is very impressive. It is a great indication of the talent of all the drivers with our customer teams, the teams themselves, everyone involved with the project as part of our Customer Racing department and of the performance of the car.”

What exactly does the role of President cover?
“The scope of the position has evolved since Hyundai Motorsport GmbH was founded at the end of 2012, and includes several areas of focus. Ultimately, it is my task to oversee all the activities that fall under the Hyundai Motorsport (HMSG) umbrella, including our continued participation in the FIA World Rally Championship (WRC), our venture into electric racing with ETCR, and our growing Customer Racing work in R5 and TCR.”

Is there much interaction with the Hyundai family?
“The work that is carried out at our factory in Alzenau, Germany is highly regarded by the global Hyundai family. It is an important part of my job to liaise frequently with our parent company in Korea, as well as with our colleagues at Hyundai Motor Europe. Motorsport plays a key role in helping to invigorate the Hyundai brand around the world.”

What exactly are the benefits of motor racing to the Hyundai brand?
“Everything we do at HMSG contributes to a change in perception of Hyundai globally. We are developing high performance technology, which is the driving force behind the N brand, while triggering an emotional attachment with our customers. Motorsport is the ideal demonstration of our Hyundai’s values. It enhances engineering skills, which are crucial in our mission to creating high performance vehicles.”

What was your background before joining Hyundai Motorsport?
“I have been part of the Hyundai family for 28 years, and have had the opportunity to spend time in many countries. From Korea, I moved to the US as a senior coordinator of Marketing & PR in the late nineties for 5 years. Then later on I moved again to Hyundai Motor Australia as a coordinating director of Marketing, PR and Product Planning between middle of 2008 and early 2013. Having moved back to our Korean headquarters in 2013, my last position before relocating to Germany was as a Head of Overseas Marketing Group and a Head of Brand Strategy Group. I’ve always been interested in motorsport, and I’ve always relished new opportunities, so it was with immense pride that I took on the President position in 2018.”

What makes Hyundai Motorsport different to other teams?
“As a team, Hyundai Motorsport is like a family. But from each employee, I think I can feel strong relationship for co-operation and synergy that can help us to overcome any kind of difficulty during the season.”

What are your goals for Hyundai Motorsport this season and beyond?
“The ultimate objective is to be competitive in whatever we do: from continuing our winning ways in WRC to supporting our customers on the international motorsport stage. More than that, our goal is to support the wider mission of Hyundai Motor Company to be the automotive brand of choice for customers around the world by delivering high performance technology for the future.”