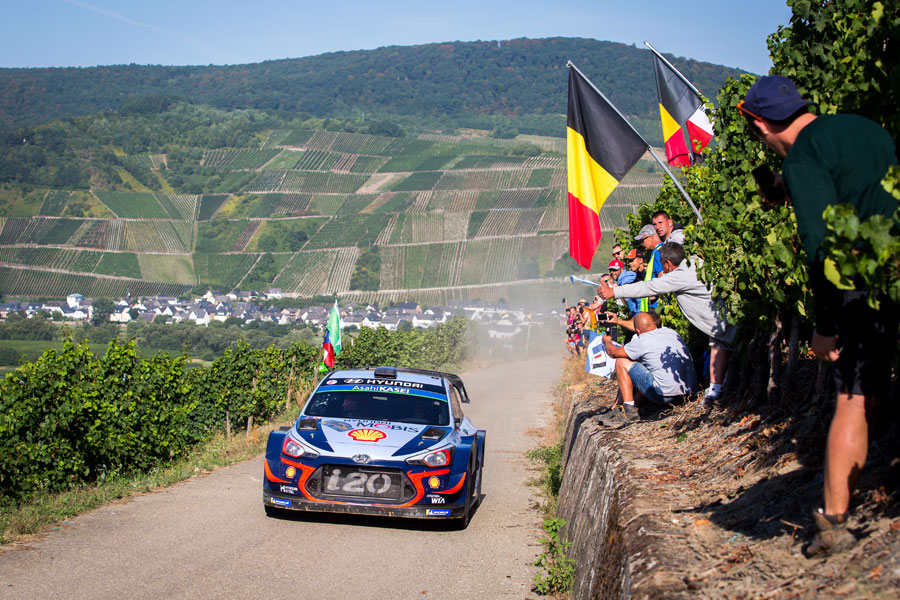 We have confirmed the crews who will compete for our team at the forthcoming Rallye Deutschland, the tenth round of the WRC season.

As always, the selection has been made based on our philosophy to enter the strongest composition of drivers for each individual event, in a bid to secure the best result possible for the manufacturers’ championship.

Our Team Director Andrea said: “After having seen the most recent rallies, and having done a projection for the final part of the season, we think that Thierry/Nicolas, Andreas/Anders and Dani/Carlos will give us our strongest line-up for Germany.”

He added: “I trust my people a lot and I have been amazed at the performances from the crews in the first half the season. I think this is the best choice we can make, to put us in a position to secure the best result possible in our fight for the manufacturers’ championship.”

Rallye Deutschland will be the first tarmac event since Tour de Corse at the end of March, which was won by our Belgians. The rally takes place just a few hours’ drive from our Alzenau base, and will run from August 22-25.