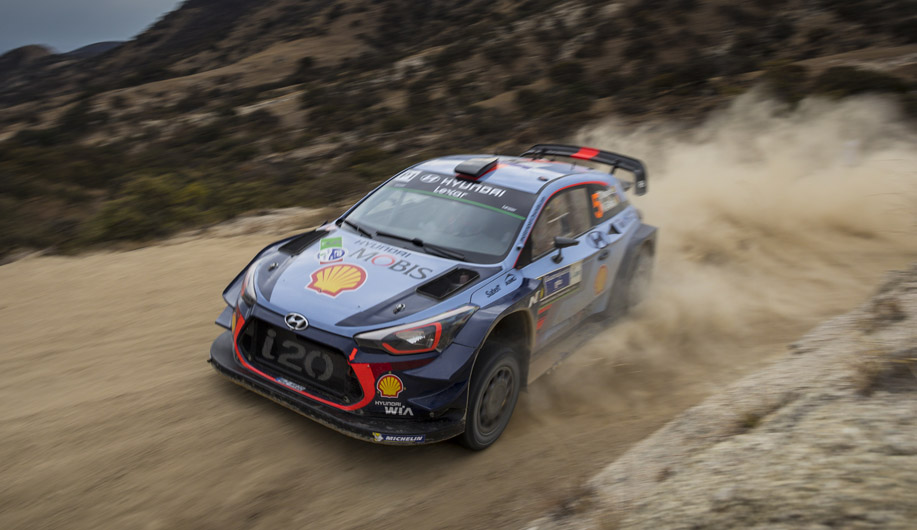 The penultimate day of Rally Mexico has seen us edge towards our first podium finish of the 2017 WRC season. Thierry and Nicolas strengthened their grasp on third position on Saturday after a more positive day on the Mexican gravel.

It was a welcome contrast to Friday’s fortunes after all three of our Hyundai i20 Coupe WRC cars were hampered by engine misfire issues. Our team of mechanics and engineers worked hard to make sure that we enjoyed a largely trouble-free day on the longest leg of the weekend.

“I’d like to thank all the guys for an outstanding job in preparing the car for Saturday,” commented Thierry. “The car worked really well and it’s great to retain our podium position with two stages remaining.”

Saturday’s itinerary covered a total stage distance of 157.57km. A repeat loop of three tests was followed by two more runs at the Autódromo de León in the evening. A special street stage, Feria de León, brought the action to a thrilling conclusion.

“The morning loop went without incident,” continued Thierry. “Our tyre choice for the afternoon was maybe not ideal but we made it through. Our aim now is to secure the podium with, hopefully, some Power Stage points.”

It was a similar story for our Kiwis Hayden and John, who have moved into a top-five position after 17 of the 19 stages.

“The team did a great job to fix the car after our engine misfire issues on Friday,” said Hayden. “It’s never easy to respond to pressured situations but they did just that. Patience has rewarded us with P5 so far but we need to find more speed. We have time to study things tonight and make some improvements for Sunday.”

For our team, Saturday also heralded a milestone moment as we registered our 100th stage win since joining the WRC back in 2014. That honour went to Dani and Marc, who bounced back in style to score wins in SS9 and SS10.

A ten-minute penalty, imposed for an apparent infringement on Friday’s super special, was overturned, allowing our Spanish crew to remain on equal terms with their nearest rivals. They have moved up to eighth overall.

“I was pleased that our penalty from yesterday was overturned,” admitted Dani. “I tried to do well and the feeling from our car was very good. I was honoured to take the team’s 100th stage win this morning, and to take two stage wins in total. It shows just what we are capable of.”

Our Team Principal Michel added: “On the whole, it has been a more satisfying day today. Despite the tough itinerary, with 157km of special stages, we have experienced no issues with our cars. We worked hard to identify and fix the issues from Friday, and the response from our crews has been spot on.”

Two stages are left to contest in Mexico: the 32.96km La Calera test and the 21.94km Derramadero Power Stage on Sunday morning. Anything can still happen with 54.90km competitive stages remaining, but crews will hope to end the rally with a flourish.