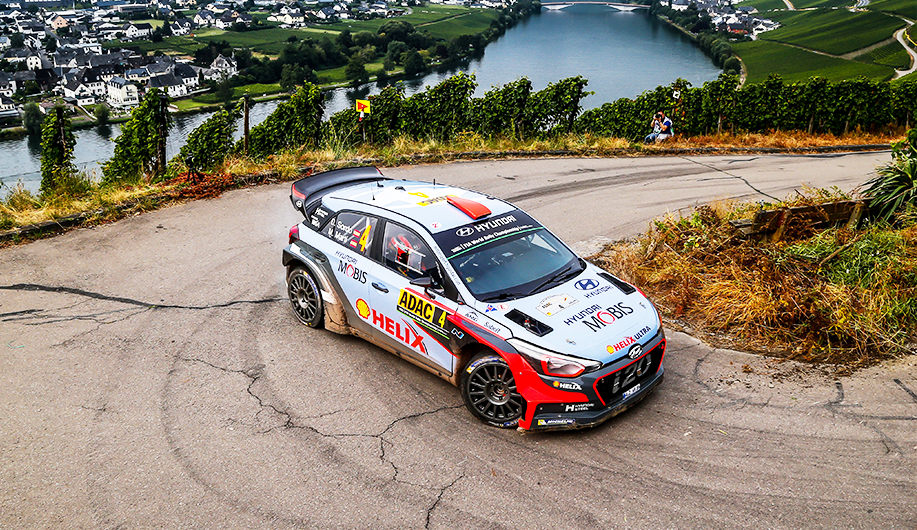 As the tenth rally of the exciting 2016 WRC season approaches, we are hopeful of continuing our most competitive season to date with another strong performance.

Fresh from our second and third positions at home in Germany, we head to the Mediterranean island of Corsica, aiming to fight for the top three in the classic Tour de Corse.

Last year’s return to Corsica was met with bad weather, which saw the cancellation of a number of stages, but we’re hoping for better conditions at this year’s event.

It’s going to be an important event for all of us at Hyundai Motorsport. We have three New Generation i20 WRC cars lining up for the rally, as well as three Customer Racing R5 vehicles. It will be the first time that our R5 car takes part in a WRC event.

“It’s an important moment for our company,” says our Team Principal Michel. “It’s testament to our ambition on the world rally stage…let’s just hope the rain stays away this year!”

Our WRC driver line-up is unchanged from Germany with Thierry and Nicolas taking charge of the #3 NG i20 WRC, Dani and Marc in the #4, while Hayden and John return to the #20.

All crews are eager to continue our successful season, which has seen two victories (Argentina and Sardinia) and five additional podium results.

“Last year was a different story because of the abnormal conditions for Corsica,” said Thierry. “But we head there this year on the back of some strong results and I think we can be in the fight.”

Dani and his compatriot Marc hope to follow up their debut podium of 2016 in Germany with another solid performance in Corsica. “It was very important for Marc and I to finish on the podium in Germany,” said Dani. “I am highly motivated and would like nothing more than to get back there this weekend.”

Hayden and John, meanwhile, will be aiming to better their top-five finish in our first Tour de Corse last year.“Tour de Corse has a lot of history. It’s known as the ‘rally of 10,000 corners’. It’s tight, twisty and very challenging from a driving point of view. It’s been a season of highs and lows, so we’re hoping to find some real consistency in this final phase of the season.”

Tour de Corse may be one of the best-known rallies in the world, but it has a brand new look for 2016! 70% of the stages are new and the total stage distance is 20% longer than last year. Bastia has replaced Corte as the rally’s hub, while the ceremonial start now will take place at Ajaccio on the west coast. Porto-Vecchio will host the Power Stage.

Although the rally features the fewest number of special stages on the calendar – just ten – only Rally Mexico can top it in terms of overall distance. Drivers will have to navigate 390.92km of Corsica’s twisting mountain tarmac.

Friday sees our drivers facing 157km of special stages, with 169km of further driving to follow on Saturday, including two runs through the 53.72km Orezza-La Porta-Valle di Rostino stage. Sunday sees just two stages, including the Antisanti-Poggio di Nazza, the longest stage of the rally at 53.78km, which could be vital ahead of the final 10.42km Power Stage.

Yet Michel is confident of success: “We had three cars inside the top five in Germany and two on the podium. Another result like that is definitely within our capability!”