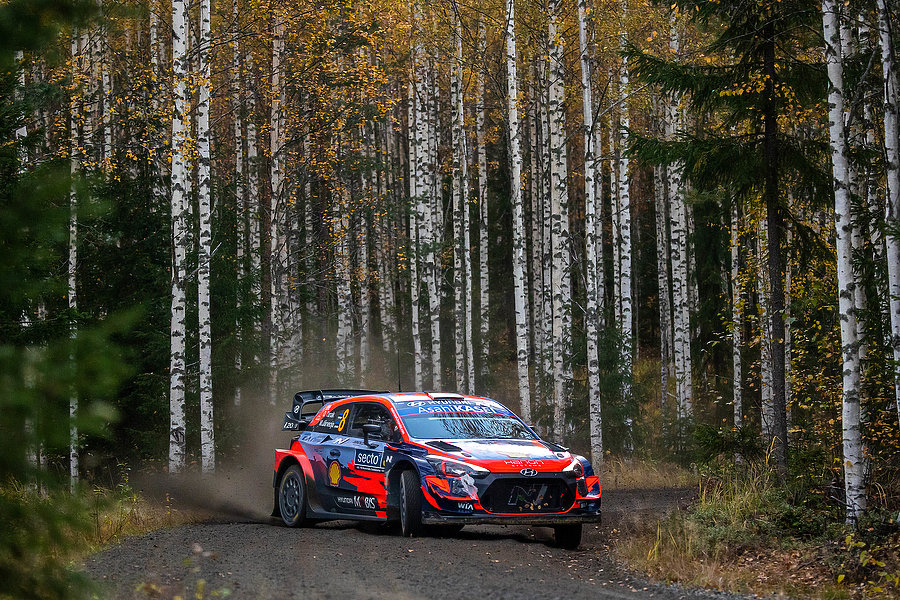 We journey to Rally Finland, round eight of the 2022 WRC season, with our sights set on the podium positions.

“All three crews have shown that they can be fast on the gravel over the course of the season so far,” said Julien, our Deputy Team Principal. “We are therefore confident that they can produce a strong result for the team.”

Confident crews
The event is a favourite of drivers and spectators alike, with the high-speed gravel roads boasting plenty of grip, as well as a variety of eye-catching jumps and crests. Although not traditionally one our strongest rallies, we performed competitively at Rally Finland in 2021, achieving a double podium finish. Our strong result was led by Ott and Martin, who will be hoping to demonstrate more progress after their third place in Estonia last time out.

“Finland is always special and I have a lot of respect for the rally,” said Ott. “I’ve been there many times in the past, but every time you arrive there you still get the same ‘wow’ effect because it is a great event and the roads are definitely made for rallying.”

The duo will be joined on the demanding stages by Thierry/Martijn and Oliver/Elliott. Our Belgians were unable to join their teammates on the podium in Finland last year, however they had been showing strong pace before suffering an unusual and unfortunate issue on the second day of running.

“I think Estonia was the perfect practice to go to Finland as both are quite similar,” commented Thierry. “As always there will be a lot of Finns to try and beat but will do our best to get a strong result at the event.”

It will be Oliver’s first time competing at the event in the WRC category, although the Swede is familiar with the roads having contested Rally Finland in the WRC2 class.

“It will be my first Rally Finland in WRC so I am really looking forward to the experience,” said Oliver. “It is so fast and one of the coolest events on the calendar in my opinion. Our approach for Finland will be the same as always: go flat out!”

Gaining momentum
Following a first WRC2 podium of the 2022 season in the Hyundai i20 N Rally2, the Finnish crew of Teemu and Mikko travel to their home event full of confidence. Fabrizio and Marcelo also produced a solid result at what was their first rally together, claiming a top-ten position in class and a stage win.

“Rally Finland is very special for me as it is my home event and where I have grown up,” said Teemu. “To beat the challenge you have to be 100% confident in the high-speed areas and nearly all corners have crests or jumps and these have to marked well on pace notes.”

“Winning our first special stage shows that we are going in the right direction,” added Fabrizio. “Of course, we have to continue learning from the car, the team and my teammate Teemu, whose great experience and familiarity with Finland will be a big help to us.”