Rested and ready for Spain

Preview: Aiming for return to form on mixed surface 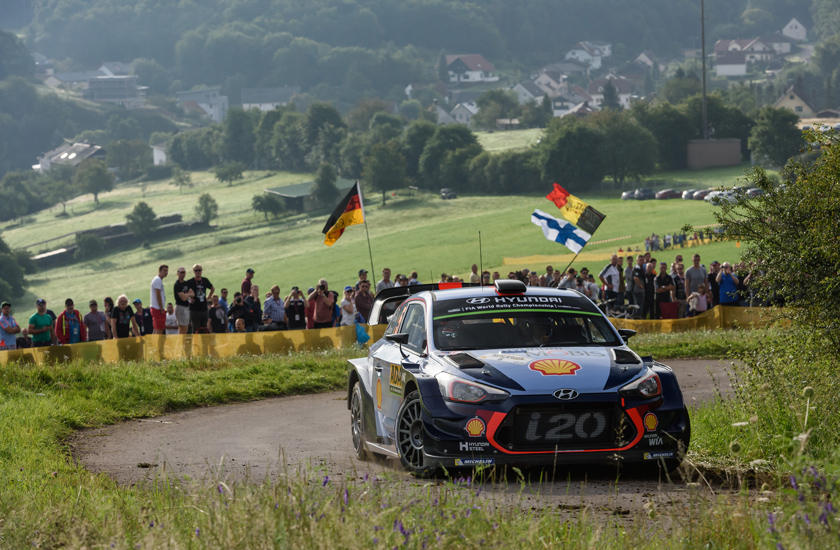 Preview: Aiming for return to form on mixed surface

WRC returns from its long summer break with the mixed surface challenge of Rally de España, the 11th round of the 2017 championship.

Following a couple of disappointing results, we will be looking to bounce back in style with a three-car entry including our newest crew of Andreas and Anders.

Our Norwegian duo will line up alongside championship contenders Thierry/Nicolas and home heroes Dani/Marc as we look to reduce our deficit to M-Sport in the manufacturers’ table.

Back in the mix

“We have used the summer break wisely as we aim to turn around our recent misfortunes,” explains our Team Principal Michel. “Finland and Germany were both frustrating, an saw us lose ground in the championship. From Spain, we are determined to do all we can to catch up.”

As the WRC’s only mixed surface round, Rally de España offers a unique challenge as crews move from mostly gravel stages on Friday onto tarmac for the final two days.

Andreas has already had the opportunity to experience the i20 Coupe WRC on both terrains. “I have been very impressed,” he said. “The car has shown itself to be versatile, and there’s nowhere better than Spain to showcase these characteristics.”

All to play for

Thierry has plenty of ambition in the final rounds of the season, as he looks to recreate his rally winning form from Corsica, Argentina and Poland.

“Things are delicately positioned in the drivers championship,” he commented. “We must stay focused and look to target the podium, if not victory, in all rounds. We are rested after the break, and determined to put in our strongest fight for the title.”

For Dani, a strong performance on home soil is a realistic target after taking Spanish podiums in the past two seasons.

“It is always a pleasure to return to Spain for my home rally, and to have the chance to compete in front of so many enthusiastic supporters,” he said. “We definitely want to give them something to cheer.”

The PortAventura service park will act as the main hub, and will also play host to one of the weekend’s highlights  a 75-minute service on Friday evening, during which mechanics will transform the WRC cars from gravel to tarmac specification.

We have taken three individual Rally de España podiums in previous years thanks to Dani and Thierry, but Andreas also has positive memories from the event.

“It is a special rally for me, as I took my first win in Spain in 2015,” he added. “It’s a challenging but highly enjoyable rally. I hope to be able to fight at the front in my first WRC event with the team.”