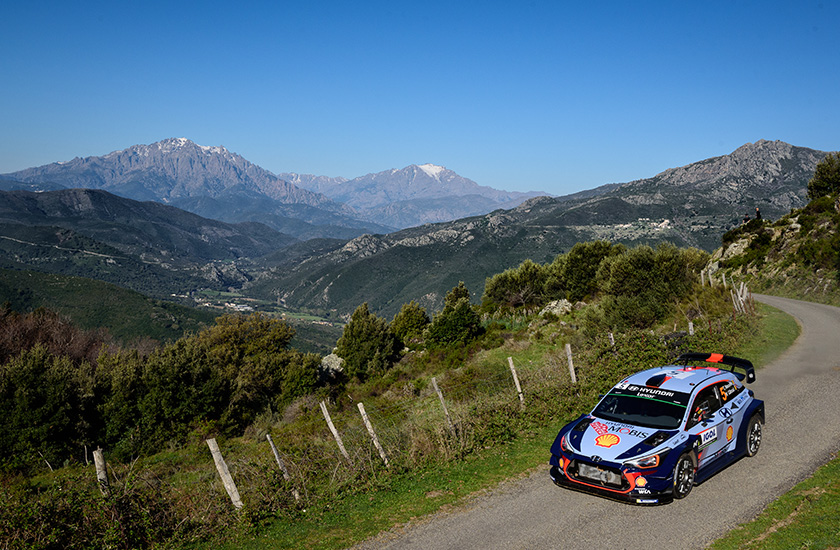 Tour de Corse offered one of our best results of 2017 but we know that this year’s contest, the first proper tarmac rally of the season, will present brand new challenges.

Twelve months ago we saw Thierry and Nicolas dominate the event to take our first victory of the season, with Dani in third. We will be hoping to defend our rally-winning honours and to consolidate our 12-point lead in the WRC manufacturers’ championship.

“We have only a 12-point advantage in the manufacturers’ championship and we are under no illusions,” says our Team Principal Michel. “Tour de Corse will be another tough battle. “The fight for the Championship is tighter than ever this year and we’ve seen how quickly things can turn around.”

Run over twelve timed tests and including some of the longest individual stages of the season, the Corsican round of the WRC is a uniquely demanding rally.

Among the most daunting routes will be Friday’s 49.03km La Porta-Valle di Rostino, Saturday’s 35.61km run through Cagnano-Pino-Canari, and the monster 55.17km Vero-Sarrola-Carcopino held on Sunday morning.

“As a crew you never really get a break,” explains Andreas. “It’s a continuous corner-to-corner challenge that is equally tough on the car as it is on the driver and co-driver.”

Our Norwegian crew will be looking to score their second podium of the season, following third place in Sweden. Dani and Carlos have the same goal, having taken a strong second at the last round in Mexico.

“I hope we can continue with this level of performance as move onto the Corsican tarmac,” commented Dani. “It’s a very physical event. Precise pace notes are crucial for a good performance.”

Thierry heads to Corsica second in the drivers’ championship, just four points behind leader Sébastien Ogier. He is determined to keep the pressure on despite going off, unharmed, during the final afternoon of testing.

“Tour de Corse is one of my personal highlights of the season,” said Thierry. “We had an accident towards the end of the pre-event test but that won’t change our approach to this rally. We know it will be a close contest but we’re determined to strengthen our position in both championships.