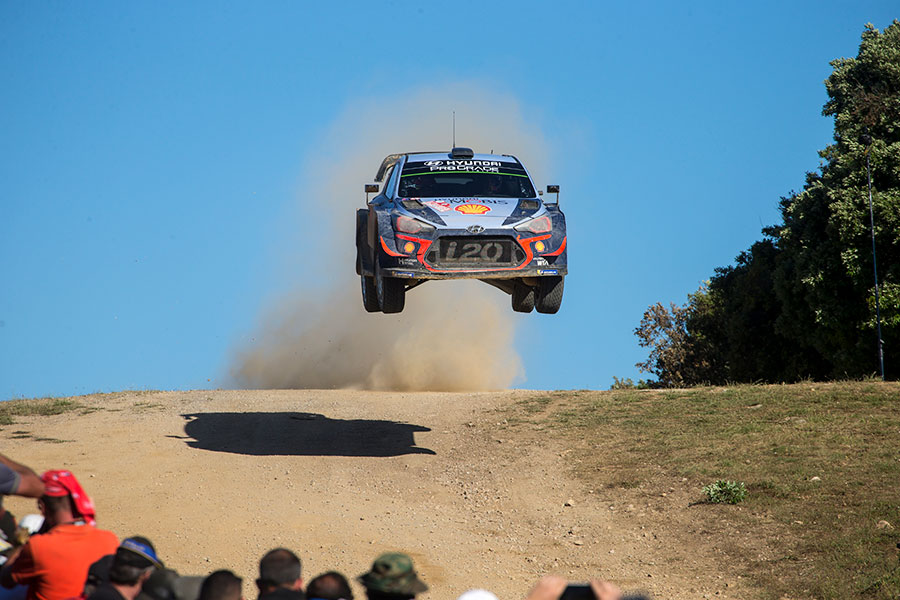 We are hoping fortune will shine on us in Sardinia as we seek a return to winning ways after a frustrating run of WRC events.

The Mediterranean island has been kind to us in the previous seasons. We claimed victory there twice, in 2016 and 2018, and have taken a total of five individual podiums.

We begin the second half of this year’s championship with a 20-point advantage at the top of the manufacturers’ table, but knowing we need to redouble our efforts if we want to stay there.

“We have an opportunity in Sardinia to show what we are capable of but it’s in our hands to deliver,” said our Team Director Andrea. “I am confident our crews will use their undisputed talent to secure the best result possible.”

Reigning Sardinia winners Thierry and Nicolas are aiming to continue their recent competitive form. Thierry holds third in the drivers’ championship, following a fine drive to second in Portugal, just ten points from the lead.

“Sardinia perfectly suits my driving style and our pace notes system,” said Thierry. “We will have the pleasure of driving against some really beautiful landscapes with some nice, technical stages – exactly what we enjoy!”

Andreas and Anders return to the line-up and want to recreate the form that powered them to second place in Argentina.

“I am excited to get back behind the wheel of the Hyundai i20 Coupe WRC,” said Andreas. “Sardinia is a tricky rally, very technical with narrow roads that require precise pace notes and driving style. A tough but enjoyable rally awaits us.”

Dani and Carlos, meanwhile, have their sights set on a trouble-free rally after a frustrating weekend in Portugal, where they demonstrated their pace and potential.

“We know that we missed an opportunity for a competitive result in Portugal but we have regrouped and our focus is now on Sardinia,” said Dani. “The hot conditions make it a gruelling rally on the car, tyres and crew, so we will have lots of things to monitor and manage.”

The 19-stage Rally Italia Sardegna covers a competitive distance of 310.52km with a largely unchanged route to last season, an event that was decided in thrilling fashion on the Power Stage with our Belgians emerging victorious by 0.7-seconds.