Our three crews gear up for Welsh challenge 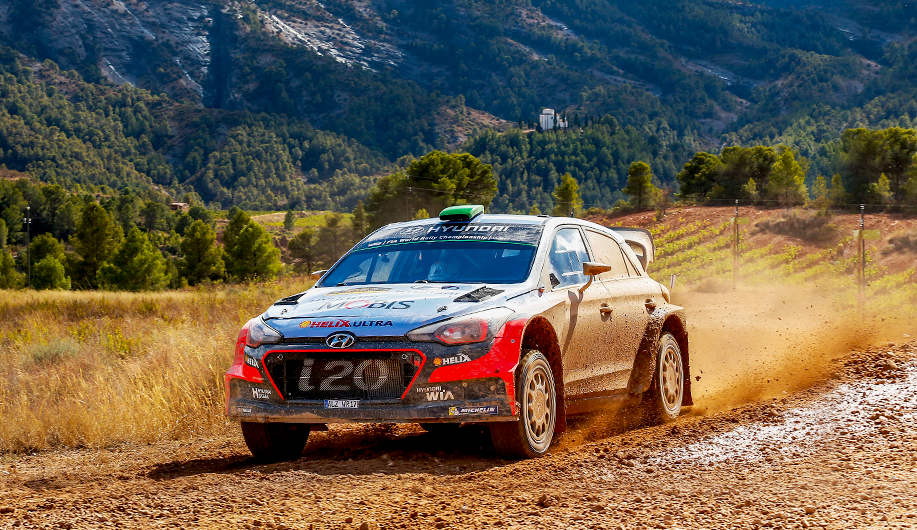 Our three crews gear up for Welsh challenge

It’s time to return to full gravel as we head to Britain for Wales Rally GB, the penultimate round of this year’s World Rally Championship.

Thierry/Nicolas, Dani/Marc and Hayden/John will be lining up in the #3, #4 and #20 cars respectively, as we tackle the tricky Welsh terrain. But, it won’t only be Wales hosting stages in this year’s rally, as Saturday’s itinerary also sees a WRC test in England for the first time since 1999.

After our double podium in Spain last weekend, we are confident of continuing our run of consecutive top-three finishes, which dates back to Rally Germany in August.

Usually the destination for the series finale, our crews will be taking on the 22-stage event slightly earlier this time around. In addition to its movement on the schedule, there have also been several changes to the course itself. Familiar stages such as Hafren and Sweet Lamb will now be run in reverse, whilst Saturday’s action will see some tests not featured in this rally since 1997.

Settling into the gravel early will be imperative for our crews. A staggering 179km of the rally’s overall 332.87km total length will be run on Friday alone. Adding to the event’s complexity, there will be no lunchtime services on any of the three days  meaning it will be down to the drivers to look after their cars. Of course, they will also have to deal with the unpredictable British weather!

Despite the many challenges posed by the British terrain, our Team Principal Michel is confident of a strong team showing. He said: “We’ve had a very positive season with plenty of podium celebrations. We’re aiming to tick Wales Rally GB off our list of podium targets next weekend. Following our result in Spain, there’s certainly a lot of positive momentum in the team.”

This positivity is echoed by the crews themselves. Fresh from a second-place result at their home event in Spain, which matched their previous best finish for us at Rally Germany, Dani and Marc are hopeful they can go one better than the fourth-place they achieved at last year’s GB event.

Dani said: “Wales Rally GB is a special event for everyone. It’s a ‘big name’ event on the calendar and one where we all want to achieve success. We had an incredible rally in Spain and want to try and replicate that here!”

Meanwhile, Thierry has moved up into joint second in the Championship with Andreas Mikkelsen thanks to a trio of consecutive podiums. “This is a very fast and exciting rally,” he enthuses, “especially with the narrow roads that go through the forest. If it rains, the wet gravel can make it very interesting as well, I can tell you! But we want to be challenging for the podium again and we are confident that we can do that.”

Putting it all together

Buoyed by their most competitive showing on tarmac yet in Spain, our Kiwi crew of Hayden and John are now relishing a return to gravel. “Despite it being one of my favourites, I’ve never been able to put together a good result here at Wales Rally GB, which is something I definitely want to rectify this year,” comments Hayden. “Bring it on!”

Michel concludes: “We have shown glimpses of our potential before, including Power Stage points in 2014 and stage wins last year. The pieces of the puzzle have all been there; we now need to put them all together.”

The action gets under way on Friday 28 October, beginning with the 32km Myherin stage, and runs through until the Brenig Power Stage on Sunday 30 October.