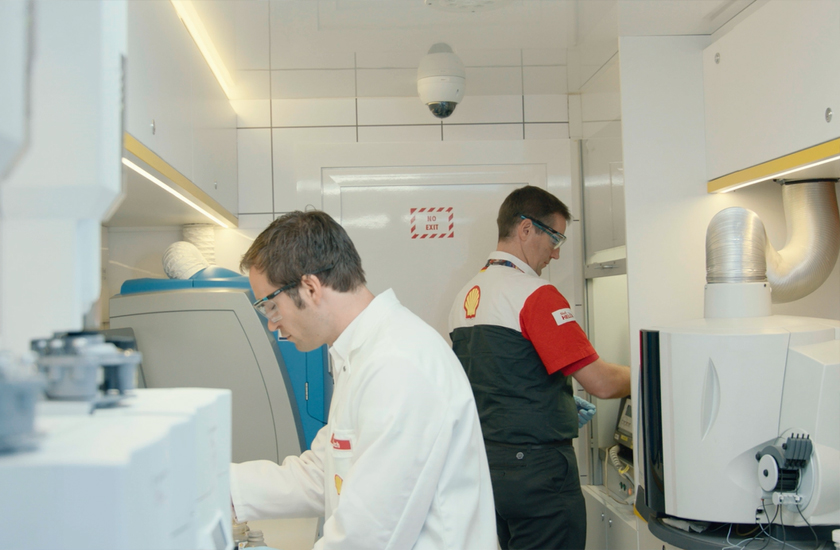 Since 2014, Shell has been a strategic technical partner and title sponsor of our activities in the WRC for the Hyundai Shell Mobis World Rally Team.

Just as in circuit racing, Shell has been a major supporter of rallying from the sport’s earliest days and uses its culmination of knowledge from multiple motorsport disciplines in order to fulfil the varied needs of its partners.

This experience has enabled Shell to develop a bespoke formulation of Shell Helix Ultra engine oil specifically for the characteristics of our Hyundai i20 Coupe WRC. Engine oil plays a key role in engine longevity over the course of a rally weekend by reducing friction, protecting components from wear and by displacing large amounts of heat generated within the power unit.

In 2016, lubrication innovation in race formulations of Shell Helix Ultra helped deliver an additional 1.5 horsepower per car, representing an average advantage of six seconds at the end of each rally. Innovations such as these have played an important role in helping the team challenge for the Manufacturers’ Championship, as well during development for the 2017 season.

While the majority of testing is performed at the Shell Technology Centre in Hamburg, at certain points the team is supported at rallies with onsite analysis performed by specialist technicians in the Shell Mobile Trackside Laboratory. Within the lab, it is possible to inspect oils and fuels using a variety of high-tech equipment, and certain parts of the engine are optically checked to assess the performance of lubricants. For example, a rotating disc electrode is used to analyse the levels of metals present in the engine and gearbox oil to check for component wear. Gas chromatography rigs can help to detect any contamination in fuel and oil. While the viscosimeter can scrutinise the viscosity (thickness) of oil to indicate its effectiveness to protect the engine and a density meter can be used as a fast quality check. Unknown substances and residue can also be identified using the infrared spectrometer.

Understanding the nuances of our WRC engines is crucial in being able to fight for a win. This is particularly true for events like Rally Argentina where Thierry and Nicolas finished just 0.7 seconds in front of rival Elfyn Evans, to record one of the closest WRC finishes in history!

In order to perform in extreme temperatures or at altitude, such as during the Power Stage in Argentina, Shell provides two grades of race lubricant with different viscosities to suit the conditions of the stages. Each i20 Coupe WRC holds around four litres of Shell Helix Ultra and over a full event we use about 20 litres of oil per car. Fewer oil changes also saves valuable time in the service park.

With these advancements, Shell’s lubricants help to deliver long-lasting performance in the extreme pressures of the WRC, ultimately powering our Hyundai Shell Mobis World Rally Team to victory.