Ready for a fierce championship defence in 2021 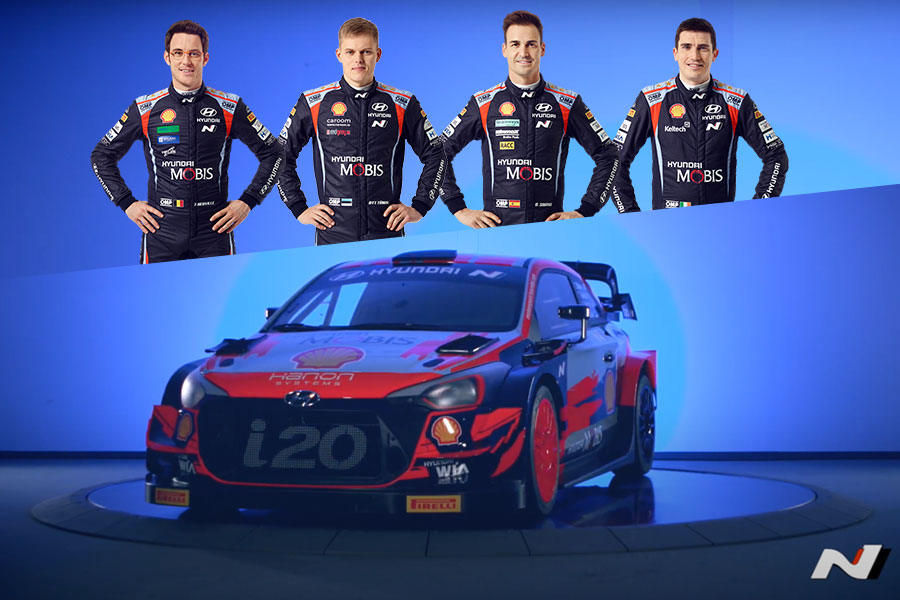 Ready for a fierce championship defence in 2021

As we embark on our eighth season at the pinnacle of international rally, we have outlined our desire to compete for both the manufacturers’ and drivers’ titles in 2021. Rallye Monte-Carlo (January 21-24) will be the first test as we look to defend our championship victory.

“The recipe for 2021 remains the same: we need to keep working as hard as we did in previous seasons, and we have to be focused,” said our Team Principal Andrea. “Our approach has to be exactly the same as it was in the second half of the 2020 season.”

We aim to mount a challenge for the manufacturers’ and drivers’ titles with four crews spearheading the campaign. Ott and Thierry will compete in every round of the 2021 season in the Hyundai i20 Coupe WRC, starting with Rallye Monte-Carlo (January 21-24).

Eyes on the prize
Ott continues his potent partnership with Martin. “Our approach is to always find the maximum in ourselves and the car, but of course it’s easier to know the limits this year as we have experience of the car already,” said Ott. “Our target is the championship title and for that we need to score high on every event.”

Alongside Thierry in the Principality will be his compatriot Martijn Wydaeghe. Now entering his eighth season with our team, Thierry is aiming to put himself in contention from the very beginning of the season. “The team and I have a great calibration as a result of our eight seasons together,” he said. “The manufacturers’ will be really important for the team but, for myself, I want to do everything I can for the drivers’ title.”

A recipe for success
Dani and Craig will share a third car. Dani will compete at Monte-Carlo with co-driver Carlos for the final time before embarking on a new working relationship with Borja Rozada in further outings.
Dani said: “My aim is to win more rallies and to take maximum points for the manufacturers’ championship in all of our rounds. Of course, it will be difficult changing co-driver and we will need a little bit of time to adapt. Borja is a really good guy and a great co-driver.”
Craig will once again join forces with Paul. “Bringing back the manufacturers’ title for the third year in a row is going to be a huge challenge. I hope that with a more consistent program this season that we can be battling for more podiums.”

New season, new challenges
The planned calendar is due to see our team tackle new territories and re-visit old favourites. Kenya (June), Belgium (August) and Japan (November) re-join the schedule, having all had their 2020 events cancelled as a result of the COVID-19 pandemic, with fellow newcomers Arctic Rally and Croatia set to host their first WRC events in February and April respectively. Portugal (May), Finland (July), Chile (September) and Spain (October) also make welcome returns.

The Hyundai i20 Coupe WRC demonstrated its competitiveness across a wide variety of surfaces in 2020, with crews taking podiums and wins on tarmac and gravel. With the slate once again wiped clean, we are ready to continue our momentum into 2021 as we seek to take a hat-trick of manufacturers’ titles.

2021 will be the final season under current regulations, with new tyre supplier Pirelli adding an element of the unknown as crews enter a new year of intense competition. We are well aware that we will need to be challenging for wins and podiums at every round, and redouble our efforts to maintain a competitive package, if we are to defend our title.

“We have to fight for victory at every event, and we are facing fierce competition,” added Andrea.

Enjoy our 2021 WRC season launch video to start another intense year at the pinnacle of international rally.