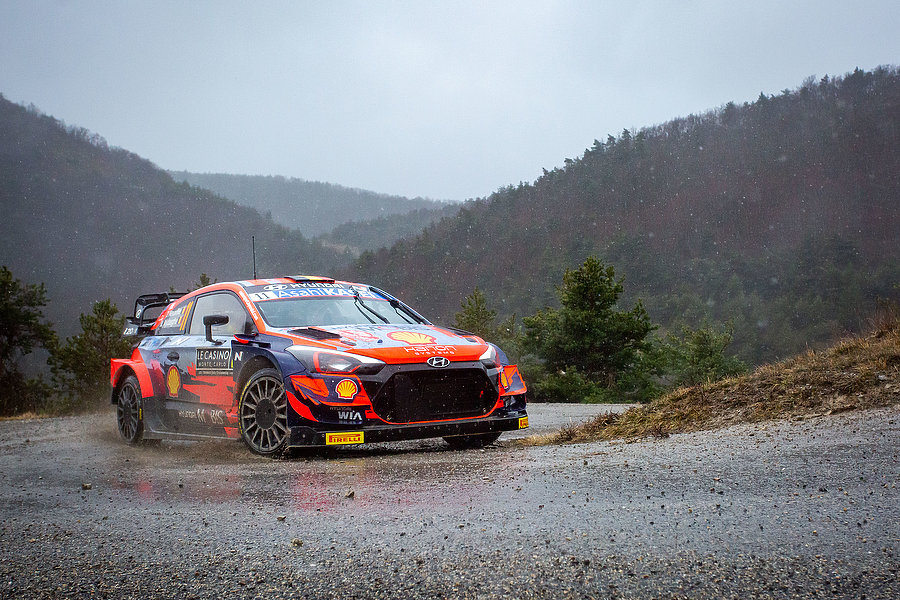 Our team’s mission at Croatia Rally, round three of the WRC season, is to secure our second win of year. The task ahead is not easy; as a new event to the WRC calendar, none of our crews have previous experience of the first full tarmac rally of 2021.

“Arctic Rally Finland marked a return to the form we expect from ourselves as a team,” said our Team Principal Andrea. “Now we have to carry that momentum forward to Croatia and beyond.”

Our three crews competing in Croatia will be Thierry/Martijn, Ott/Martin, and Craig/Paul. The crews will have just two passes of each stage to create their pace notes from scratch.

Into the unknown
Making its WRC debut on April 22-25, Croatia Rally presents an all-new challenge for our crews. It features 20 stages with a mix of smooth and uneven tarmac surfaces, as well as a number of fast and narrow sections for our i20 Coupe WRC to tackle.

“I always look forward to tarmac events,” said Thierry. “It’s going to be challenging but I think everybody likes the fact that it is new.”

“Croatia brings the first tarmac round of the season and a new event for everybody,” added Craig. “It’s honestly quite difficult to find any information about the rally, but it looks like it will be an interesting event.”

All three crews have tested on tarmac as part of their preparations. Ott and Thierry competed in the WRC class of Rallye Sanremo, while Craig won the overall event in our i20 R5.

Maintaining momentum
We will be aiming to repeat our emphatic performance at February’s Arctic Rally Finland, in which Ott and Martin led from start to finish for our first victory of the year. They were joined on the podium by Thierry and Martijn in third place – the duo’s second consecutive podium.

Both crews will again be joined on the stages by Craig and Paul, who themselves finished well at Arctic Rally Finland in fourth place.

“We will aim to hit the ground running from the beginning and continue our positive momentum from Finland,” affirmed Ott.

“We all need to give our best and work together towards our common goal: to fight at the front and take the lead of the championship standings,” added Andrea.