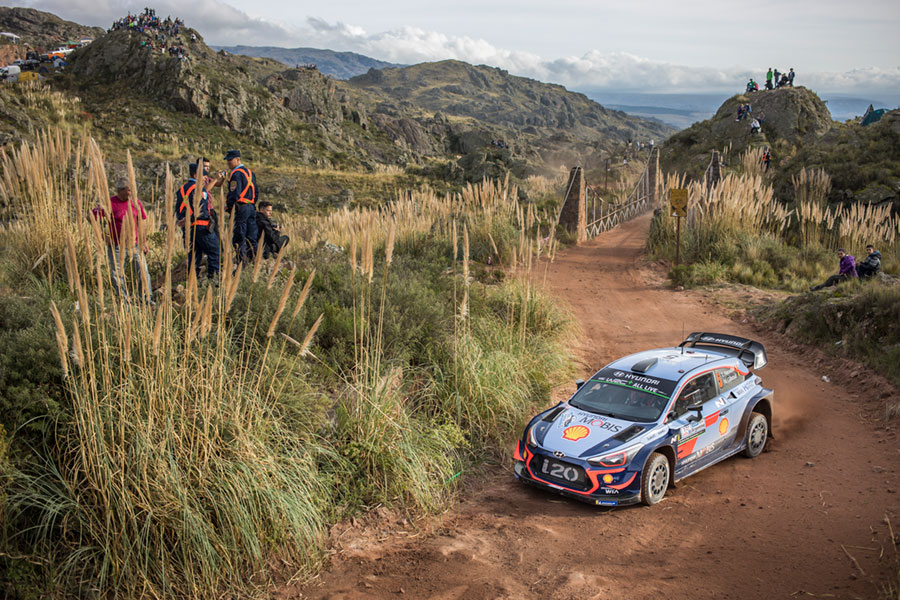 There’s nothing quite like a victory to offer a morale boost. Our recent win in Corsica has given us cause for celebration but the battle lines have been redrawn as WRC heads to South America for consecutive events in Argentina and Chile.

Rally Argentina will see our crews return to tough gravel stages with soft and sandy roads in the valleys contrasting with rockier, punishing stages high up in the mountains. It is a rally where we’ve enjoyed previous success: victory in 2016 and 2017, and a double podium last season. Plenty of happy memories to spur us on in the forthcoming events!

“We are very excited to return to South America,” said our Team Director Andrea. “Our crews are motivated and determined to keep us at the front of the action, but we know our rivals will be pushing hard so we have to be on top of our game.”

For 2017 Rally Argentina winner and current championship leader Thierry, the event requires a considered approach, especially when starting first on the road.

“On the one hand, we need to look after the car but on the other there are some sections where you can really attack,” he said. “It’s a balancing act; we have to find a good rhythm but also be ready to push more or less when necessary.”

We welcome back our Norwegians Andreas and Anders for this event, who are hoping to show strong gravel pace after impressing in Mexico earlier this season.

“The stages in Argentina are in really nice condition; a little bit sandy compared to other gravel events that increases the grip level,” said Andreas. “As a result, we can set the car sideways into the corners and then push to the maximum.”

Our Spanish crew Dani and Carlos are no strangers to success in Argentina, having scored a podium finish twelve months ago. They will be hoping to recapture past glory as we tackle the rough gravel stages.

“We showed our pace on gravel in Mexico, fighting at the front on the opening day,” said Dani. “We want to repeat that level of performance in Argentina and do all we can to get a good result for ourselves and the team.”

Rally Argentina begins on April 25 with a shakedown and opening super special stage at Villa Carlos Paz. A total of 18 stages will be run over the weekend, covering almost 350km.