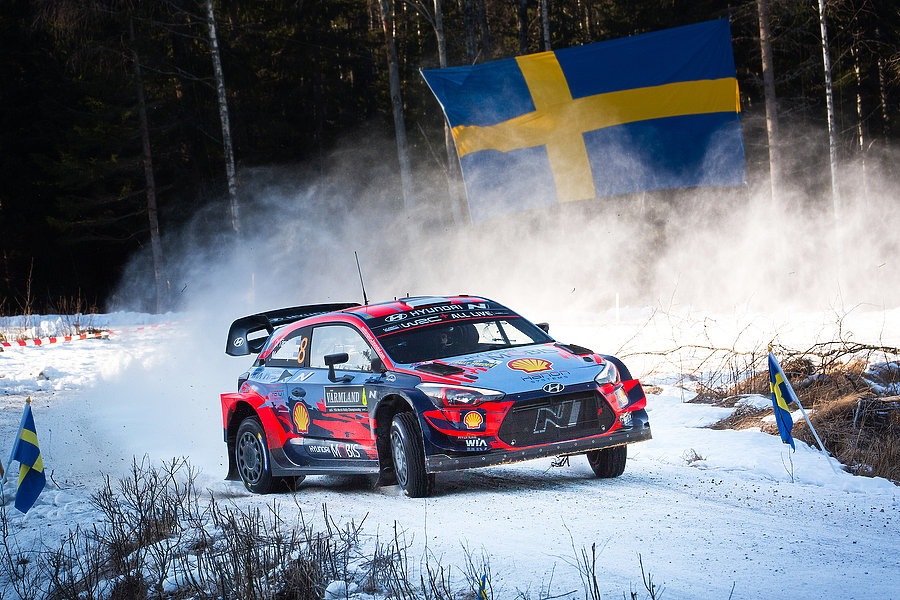 After a difficult start to the new hybrid era, we are determined to bounce back at Rally Sweden, the second round of the 2022 WRC season and the first full-snow event of the year.

The return of Rally Sweden will be warmly welcomed by teams and fans alike, having been a regular feature on the calendar since 1973. The event moves to a new region for the 2022 edition, with our crews tackling the fast, snowy stages of the Umeå region for the first time in WRC.

“Since Rallye Monte-Carlo, the entire team has been working incredibly hard to make improvements to our package,” said Julien, our Deputy Team Director. “We look forward to showing a better performance at Rally Sweden.”

Let it snow
Our line-up remains unchanged from Rallye Monte-Carlo, with Thierry/Martijn, Ott/Martin and Oliver/Elliott tasked with securing our first podium finish of the season. The crews will be aiming to master the adverse conditions and extract the full performance of the car over the gruelling four-day event.

A previous winner of Rally Sweden in 2018, Thierry is looking forward doing battle with the wintry terrain of the Scandinavian event. “Rallying is always a bit more spectacular on snow with the studded tyres,” said Thierry. “Usually, as the stages are quite fast, you have to lean into the snowbanks and drive sideways a bit more. You have to be slightly more brutal to get the studs to grip into the ground.”

Ready for the challenge
Our Estonian pairing of Ott and Martin have also had previous success at Rally Sweden, where they achieved their first podium with our team in 2020. “We have the inner drive to come back fighting from our difficult first round of the season,” said Ott. “We want to turn that into positive momentum that will carry us throughout the year ahead. The target will be to hit the ground running and find a good rhythm.”

Oliver’s second event as a full manufacturer driver will be on home soil, as he and co-driver Elliott aim to accumulate more valuable miles in our new i20 N Rally1 in Sweden. “It is going to be very emotional to compete in my first home event as a factory driver,” said Oliver. “It is something I have dreamed about my whole life. Snow and ice is also my favourite surface as well so it will be a very special rally.”