Solberg steps up in the snow 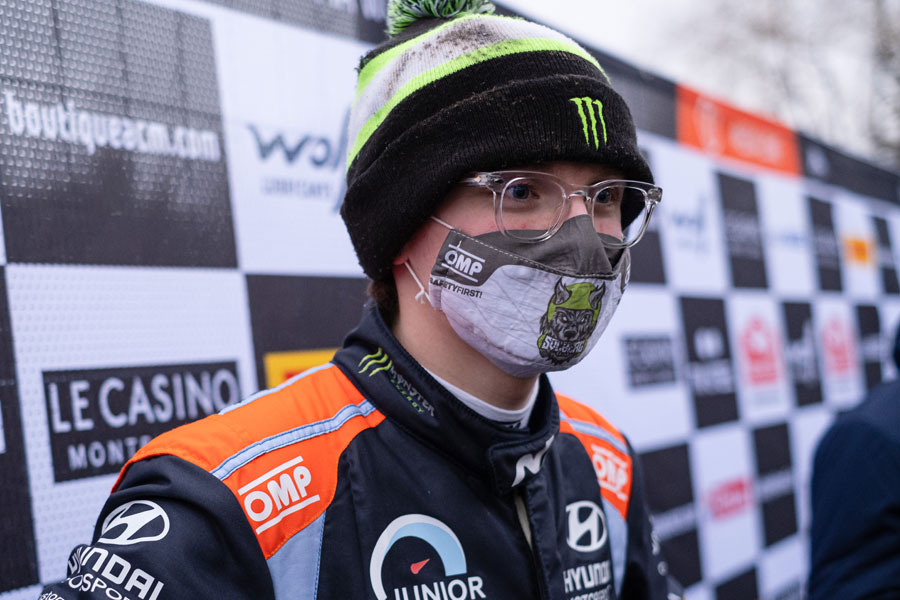 Swedish youngster Oliver Solberg will make his first WRC appearance at the forthcoming Arctic Rally Finland, competing in an i20 Coupe WRC run by 2C Compétition.

Oliver was previously announced as one our WRC 2 drivers for the 2021 season, and the 19-year-old will take the step up to WRC for the first time as part of his ongoing learning curve.

“The first thing is for me to say a very big thank you to Hyundai Motorsport for giving me this opportunity to gain experience and for putting their trust in me to drive this rally in the i20 Coupe WRC,” said Oliver. “This really is a dream to be making my debut in a World Rally Car with the reigning manufacturers’ champions!”

All about the experience
“We are very happy that Oliver has the opportunity to drive the i20 Coupe WRC in Arctic Rally Finland,” said our Team Principal Andrea. “We are keen to see his performance level, of course, but there is no pressure on his shoulders in his debut WRC event. He has to enjoy the rally and take all the experience possible.”

Oliver and his co-driver Aaron Johnston will be able to benchmark their performance level against our established WRC crews of Ott/Martin, Thierry/Martijn, and Craig/Paul. However, the primary objective for the pair will be to get mileage under their belt ahead of a WRC 2 debut later in the season.

Familiar conditions, unfamiliar machinery
The crew had a taste of the Arctic conditions last month as they contested the Arctic Lapland Rally in our i20 R5, finishing third overall. While this will give the pair a sense of familiarity, it will be Oliver and Aaron’s first time competing in the WRC category.

“I have driven quite a lot on the snow, and I know this type of condition quite well, but the car is completely new for me,” said Oliver. “I want to come out of every stage understanding the car more than when I started it.”

“It will be his first time at the top level of world rallying but it is more of a test than anything else; he has to acclimatise and get acquainted with the high-speed nature of the car in these wintry conditions,” said Andrea. “We hope to see him at the end of the Power Stage with lots of enjoyment and happiness – that’s the main target.”

The second round of the 2021 WRC season, Arctic Rally Finland, will take place February 26-28.