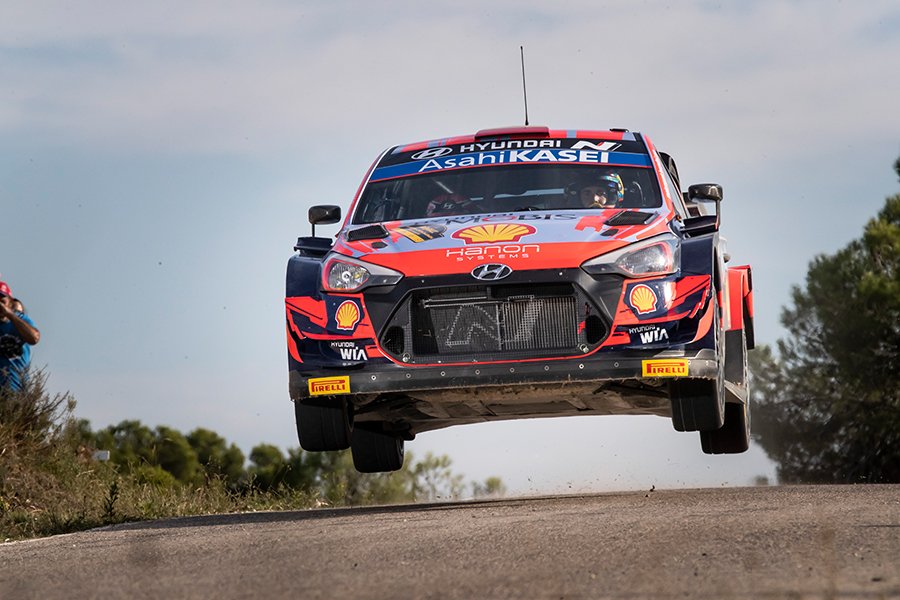 We head to Rally de España, the penultimate round of the 2022 WRC season, aiming to finish on the top step of the podium for a third consecutive visit. We have already shown we know how to win on tarmac this year, having taken victory at the previous round on the surface, Ypres Rally Belgium.

“We’re hoping for a strong result next weekend and hopefully we can take a third consecutive double podium,” said our Deputy Team Director Julien. “It certainly won’t be an easy feat, however we’re feeling confident about our return to tarmac.”

Hat-trick hopeful
The 2021 edition of Rally de España operated as a full tarmac event, having previously been one of mixed terrain since 2010. The Catalonian stages are wide and fast, demanding a combination of full commitment and precision from the crews. Our Belgian pairing expertly navigated the tests in 2021 to secure an emphatic win – Thierry’s second straight victory in Salou.

“It would be nice to take a third win in a row in Spain,” said Thierry. “We’ll certainly be aiming to fight at the front and finish the event on the podium again.”

Podium push
A top-three finish will also be the target for Ott and Martin, who have already taken seven podiums this year in our hybrid-powered i20 N Rally1.

“I’m expecting it to be a fun and enjoyable rally,” commented Ott, “but it also quite important for us to be competitive and fight for as many points as possible.”

While Dani has yet to win his home event, he has stood on the podium in our colours on four occasions. He and co-driver Cándido will be aiming to continue their record of finishing in the top-three at every event this season in front of a passionate local crowd.

“Going to Rally de España is always special for me,” said Dani, “as it is my home event and I am lucky to have a lot of support from the fans there.”

Tarmac test
Rally de España will be the first tarmac outing of the season for our WRC2 crews. The 2021 edition of the event marked Teemu’s first taste of our i20 N Rally2 car. The Finnish driver was quickly on the pace and finished second in the WRC2 category.

“I have liked Rally de España from the very beginning of my career,” said Teemu. “We had a good outing there last year so I hope we can replicate that result.”

Fabrizio also brings previous experience of the event from his WRC3 campaign in 2021, where he finished sixth in class. Additionally, the Paraguyan has been getting support from his teammate ahead of the rally.

“I want to thank my Teemu as well,” commented Fabrizio, “who is also helping me with his experience, and he will surely contribute a lot that will benefit me at the next event.”