WRC2 stage wins for Jari and Antti in Sweden 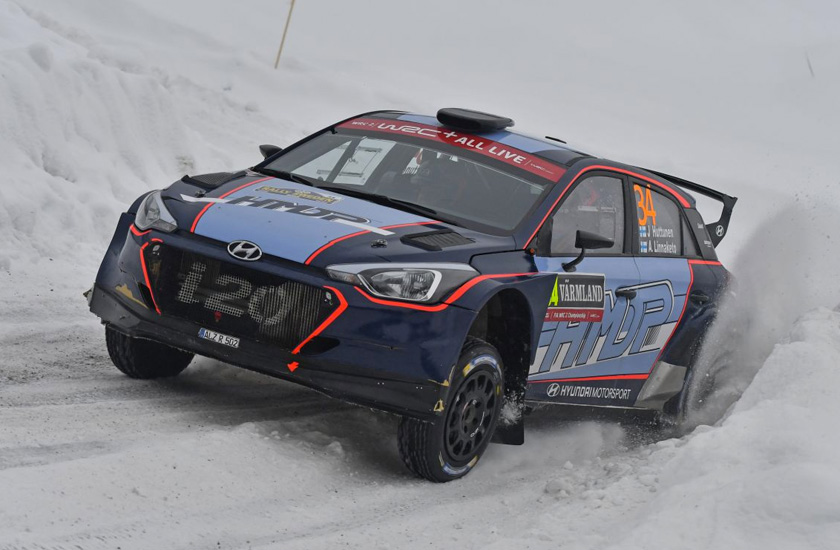 WRC2 stage wins for Jari and Antti in Sweden

It was a case of mission accomplished for our HMDP crew Jari and Antti as they made their 2018 WRC2 debut in Rally Sweden. Taking to the wheel of our i20 R5, the duo secured sixth place with some impressive stage performances.

In the first of their scheduled WRC2 events for the season, our Finns fulfilled their pre-event objective of a rally finish  and they did so in style.

The 19-stage event offered a tough test with fresh snow creating challenging conditions throughout the weekend. Despite their lack of experience, they were regularly able to set competitive times against tough WRC2 opposition. They scored two stage wins, including the Power Stage, and were regularly among the top-three.

“Jari and Antti did everything we asked of them,” said our Team Manager Alain. “They have proven to be quick throughout the entire rally, taking the fight to the more experienced WRC2 competitors.”

The only real issue happened on Saturday when they got their i20 R5 caught in one of Sweden’s infamous snow banks. Despite losing over four minutes of time, the Finns’ determination saw them recover and mount a strong comeback.

“Without the incident in the snow bank on Saturday, I am sure they would have been fighting for the podium,” said Alain.

Jari himself was satisfied with the rally: “It has been a very good experience,” he said. “Our aim for the weekend was to gather experience and to build up time in the Hyundai i20 R5 on the stages. We were able to achieve our aims and enjoy some positive moments.”

The HMDP duo will return to their i20 R5 for Rally Mexico in March, where they will tackle the notorious gravel stages at high altitude. “We’ve shown good speed and developed ourselves as a crew, so we can look to Mexico with optimism,” added Jari.