i20 N Rally2 delivers another title 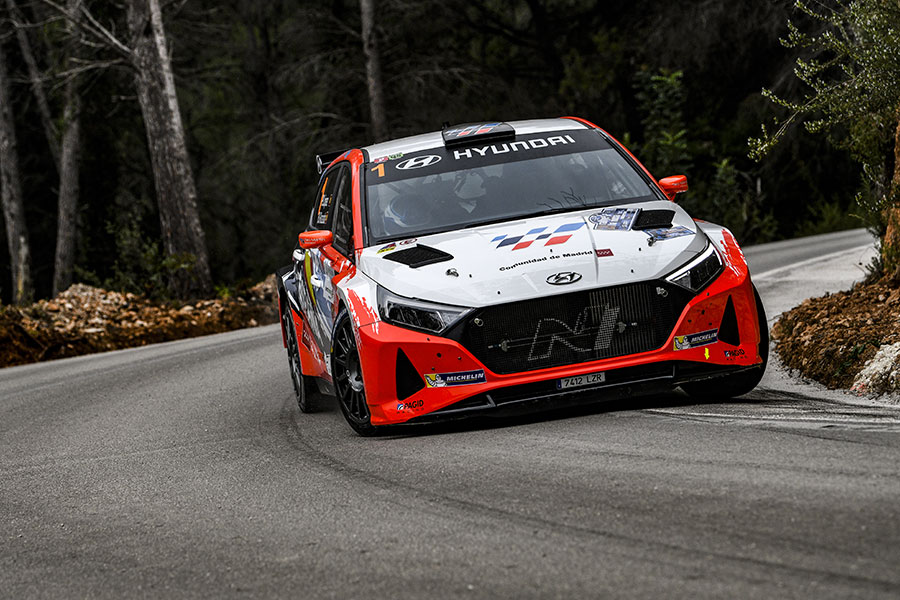 i20 N Rally2 delivers another title

Hyundai España-supported driver Pepe López has confirmed his victory in the Spanish Superchampionship following the Rallyshow Madrid event. The weekend marked the official end to the 2022 national season.

“Pepe was the perfect combination of quick, consistent and smart when he needed to be, to capitalise on the opportunities during the season and win the championship,” said our Deputy Team Director Julien.

Winning combination
In his first campaign as one of our customers, Pepe was a standout performer in the early rounds, immediately getting the best of the i20 N Rally2 in his first outings with the car.

“The drivers started the season in brand-new cars and were on the pace immediately – literally, in Pepe’s case, as he won the very first stage of the year,” added Julien.

Back-to-back wins – including a 1-2 with Iván Ares, another of our customers – followed a third place for Pepe at the opening rally of the season. The pair of victories perfectly showcased the all-round strength of the driver, his co-driver Borja Rozada, and their Teo Martín Motorsport-prepared machine.

The Spanish duo performed excellently over the remaining five events of the year to secure the title, collecting an additional win and three other podium finishes.

Speed on all surfaces
“The performance of our i20 N Rally2 crews in the Spanish Superchampionship this year has been amazing,” commented Julien. “Whether on tarmac or gravel, Hyundai Motorsport customer teams were a constant threat for victory, and this helped give Hyundai España victory in the manufacturers’ standings with one rally still to go.”

Iván took victory at the season finale to increase the total of i20 N Rally 2 podiums in the series to ten – three for himself and co-driver David Vázquez Liste, and seven for Pepe/Borja. Surhayen Pernía, who also contested the series in our Rally2 machine, finished fourth in the final standings, a position he occupied at the conclusion of five events during the 2022 season.