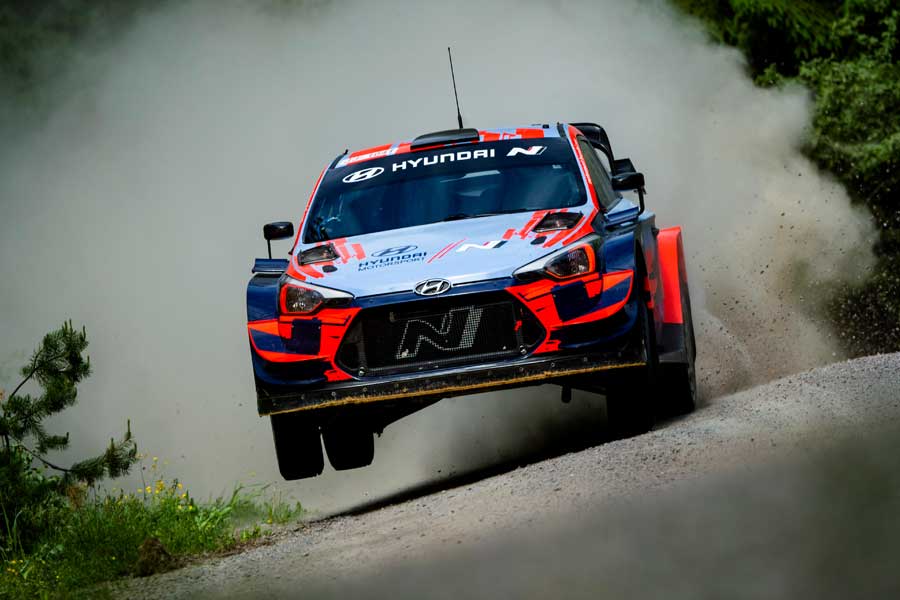 Our WRC crews have completed a successful test on the high-speed roads in Finland, with Thierry Neuville and Ott Tänak sharing driving duties of the Hyundai i20 Coupe WRC.

The test allowed our team members to get back to a normal routine following the extended period of interruption due to the COVID-19 pandemic. Though the planned development was cut short last week following an accident for Thierry and co-driver Nicolas, our mechanics and engineers reacted quickly to ensure this week’s session could go ahead as planned.

Thierry said: “We were able to pick up straight away from where we left off last week, thanks to the efforts of the whole team. We spent two very productive says in the car on demanding but fun roads – in many ways the perfect present for my birthday on Tuesday!”

Back in action
For Ott and his co-driver Martin, two days of testing this week was their first time in the car since Rally México in March.

“I have been missing the action, even if I already had the chance to drive the i20 R5 last month. I’ve been waiting to finally start to work with the team, as we’ve generated some new ideas for the car during the isolation period,” added Ott.

We have steadily returned to our usual operations in WRC and Customer Racing. While we are sorry to see the understandable cancellation of events on the calendar, there is a feeling of ‘back to business’ within the company and we hope for more positive developments in the coming weeks and months.

“It’s a merit to my people and our suppliers that we’ve been able to carry out three days of trouble-free testing,” said our Team Principal Andrea. “It has been important for us to test in Finland this week: to respond quickly to the incident that Thierry and Nicolas had last week and also to send a clear message that we are ready to start again and push forward together. It’s nice to bring back some real-world rallying to lift the mood after a long and difficult period.”