Preview: Ready to bounce back in round two 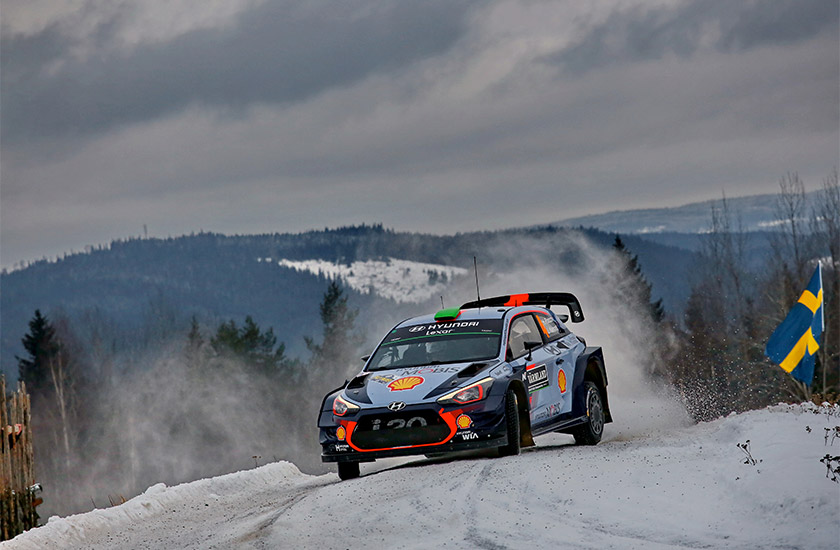 Preview: Ready to bounce back in round two

Monte-Carlo offered an exciting start to the 2018 WRC season with some tricky weather conditions up in the Alps. But the snow-capped French mountains offered just an appetiser to the main course of ‘white stuff’ that we will face in Rally Sweden.

The opening round of the championship delivered little reward for our efforts as each of our three crews ran into trouble in Monte. The six stage wins and seven Power Stage points that we amassed perhaps painted a more representative picture.

“We want to put the disappointment of Monte-Carlo quickly behind us,” said our Team Principal Michel Nandan. “We want to start our season afresh in Sweden, where we will face an entirely different set of challenges.”

It’s going to be all white

For the Hyundai Shell Mobis World Rally Team, the picture postcard setting brings back happy memories from podium finishes in 2015 and 2016. However, last season’s event didn’t run according to plan

“We had good speed last year but unfortunately things didn’t end well when we were forced to retire,” said Thierry. “This year I am aiming to challenge again for the win but with a far better outcome!”

Hayden returns to our line-up in Sweden, alongside co-driver Seb and taking over the #6 car from Dani. “It feels like a long time since we competed in Australia,” he said. “Sweden will be a fresh start. I will be trying to repeat the sort of performance that saw me finish on the podium two years ago.”

Our Norwegians Andreas and Anders will find some home comforts on the snowy stages. “This is a special event for us, as we can rally across the border in our home country of Norway,” commented Andreas. “We have a lot of support from fans, family and friends. It’s a beautiful event.”

The first of Rally Sweden’s 19 stages gets underway at the Karlstad trotting track on Thursday evening before concluding on Sunday with the Torsby Power Stage.