Day 2: Thierry and Nicolas move into the lead 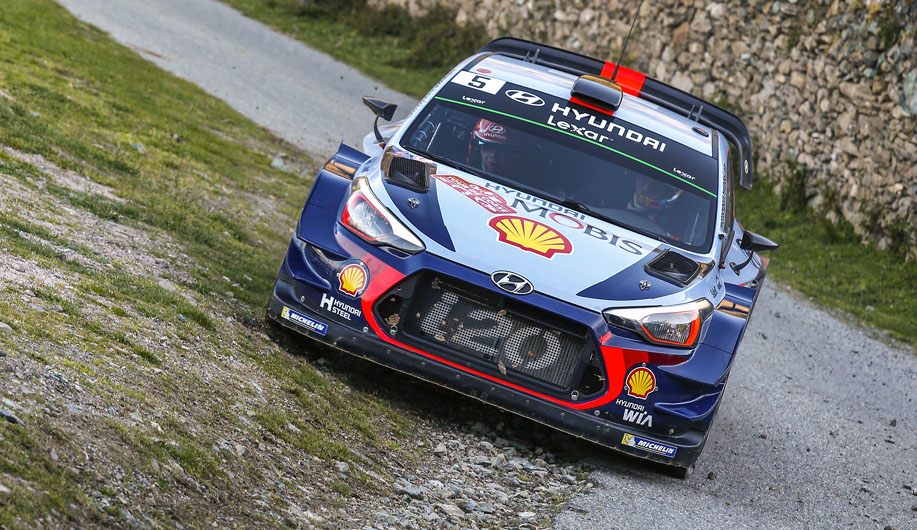 Day 2: Thierry and Nicolas move into the lead

What a difference a day can make! After a difficult start to Tour de Corse on Friday, our three crews enjoyed a real turnaround on a sunny Saturday.

There were four stages to tackle including two runs through the long 48.71km La Porta-Valle di Rostino. Drivers also had a high-speed test up to the mountainside village of Novella, a well-known stage that was run over a shorter 17.27km format this year.

Thierry and Nicolas really took charge of the rally on the penultimate day. Our Belgians took three wins out the four stages with an impressive performance. They hold a comfortable 39-second advantage over second-placed Sébastien Ogier.

“A fantastic day for us,” commented Thierry. “The team worked really hard to improve the set-up of the car and the handling was much better. To score two stage wins on the morning loop was very pleasing. Aside from a small spin in SS7, we had the perfect day.”

Push for the podium

Dani and Marc have moved up into third place and will be battling hard for their first podium of 2017. It was a much more positive day for our Spanish crew.

“We started the morning feeling confident and setting better stage times,” explained Dani. “I was much happier and we could immediately notice the improvement. I pushed as hard as I could. We are involved in a close fight for third, so we have some more hard work to come.”

Toyota’s Jari-Matti Latvala and Citroën’s Craig Breen are just 12 seconds back in fourth and fifth. They will do all they can to reduce the gap to Dani and Marc on Sunday. It promises to be a fiercely contested battle for the final podium position.

Our mechanics and engineers worked diligently during Friday evening service to prepare our i20 Coupe WRC for Saturday.

“I am delighted with how we have responded to our difficult start,” commented our Team Principal Michel. “We spent time analysing the data and made important adjustments to all three cars.”

Hayden and John benefited from changes made overnight as they moved into the top-six. Our Kiwis are pleased with their improvement on the Corsican tarmac.

“We have made steady progress,” said Hayden. “We are in a bit of no-man’s-land on the classification. I have enjoyed driving the stages today and we are closer to the front than we were here last season. It’s not all bad and anything could still happen.”

Thierry and Nicolas are no strangers to leading rallies this season. They know well that things can change quickly. With a monster 53.78km stage to run on Sunday morning, caution is the key word.

“We won’t take anything for granted even with a 39-second advantage,” said Thierry. “This rally is far from over! To be leading at the end of Saturday is an important step closer to our target.”

Michel is also mindful: “The longest stage of the rally is still to come. The result of that will be crucial to the outcome of this event. Of course we hope to pick up our first victory of 2017. With Dani and Marc in third place, we also have our sights on a possible double podium. But let’s get to the end of SS10 first before we get too excited. We’re not going to be gifted the win.”