Preview:  High-speed challenges continue at round 9 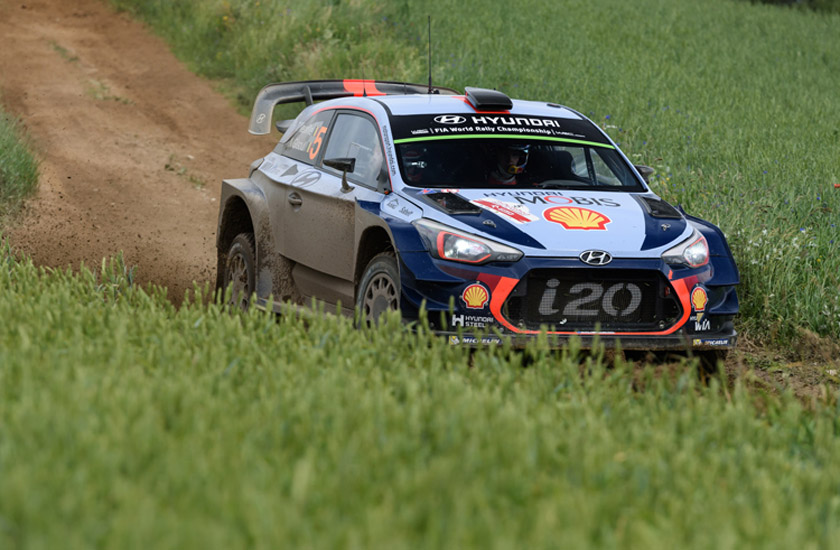 Preview:  High-speed challenges continue at round 9

In our four years competing in the WRC, we have claimed a podium at every event on the calendar except for Rally Finland. It is a statistic we are determined to change in this year’s event! After our best-ever team performance in Poland, we definitely feel in good form.

The 1-2-4 result delivered by our crews has helped us to close the gap in the Manufacturers’ Championship to just 22 points with five rounds remaining. At the end of the season, every point will count.

Based out of the university town of Jyväskylä, the blisteringly quick gravel roads will require our crews to push to their limits in pursuit of the top-three. It is no wonder that, in 2016, the fastest rally in WRC history took place in Finland.

“It is always one of the most exciting rallies of the season and this year will be no different!” said our Team Principal Michel. “A similar result to what we enjoyed in Poland would be perfect but we know well that there will be serious competition.”

With knowledge of the last eight editions of this event, and fresh from his first podium of the season with co-driver Seb, Hayden is looking to build up momentum.

“It is definitely a rally that I enjoy, it’s very fast and has a lot of history,” he said. “It’s good to have experience given the speeds and some of the difficult jumps and corners. We can’t wait to get back out on the stages.”

Our previous best in the Finnish forests was fourth in 2015 and 2016. It is the same position that Dani and Marc secured at the last rally in Poland.

“Having come close to a podium in Poland,” commented Dani, “we are hopeful that we can stake our claim for a top-three finish. So far it has been a mixed season for us with some positive results and a few challenging moments.”

The last in a run of five gravel events, Rally Finland will cover 314.20km, across 25 stages. For Thierry and Nicolas, it will be another important round in their push for championship success.

“Finland can be a tricky event,” said Thierry. “The margin of error is small due to the high speeds and complexities of the track, but we are confident of putting on a good show. We hope the team’s performance can be a catalyst for further success towards the end of the season.”

The rally begins on Thursday evening with the Harju Super Special Stage through the streets of Jyväskylä. It promises to be another high-speed thriller!