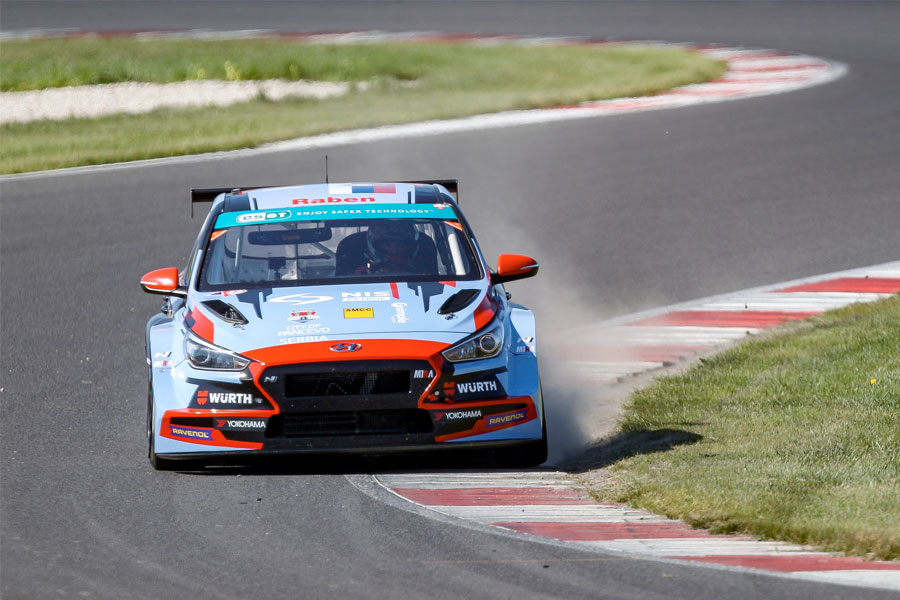 Our i30 N TCR completed a dominant campaign in TCR Eastern Europe, with Dušan Borkovič signing off his championship winning season with two victories at the Hungaroring – the perfect conclusion for the MIRA Motorsport team at their home event.

It was a remarkable year for the Serbian driver, who claimed pole position at all four tracks and won every single race contested with his i30 N TCR.

“The i30 N TCR, M1RA Motorsport and Dušan Borkovič have been excellent all season in TCR Eastern Europe,” said our Customer Racing Operations Leader Andrew Johns. “Winning every race in any series is a massive achievement, and that they have done it with such dominance should be a huge badge of honour for all involved.”

Stealing an early lead
Borkovič was the favourite to lift the title from the beginning, and his performance at the opening weekend at the Grobnik circuit in Croatia removed all doubts that he would be the driver to beat in 2020. With pole position and two race wins, he took a lead in the championship he would never surrender.

Borkovič was crowned champion in Brno – the penultimate round of the season – after his victory in the first race. Race 2 saw him briefly bested on track, where he momentarily dropped to second after a slow start, before he regained the lead. Borkovič’s unbeatable performance saw him end the season with a perfect tally of 200 points.

Strong showing all season
Several of our i30 N TCR customers enjoyed strong weekends in TCR Eastern Europe. Matĕj Konopka made his TCR debut with our car at Grobnik, and went on to qualify second and finish third in both races.

The following round saw Dušan Kouřil Jr. follow Borkovič home for a superb 1-2 for our i30 N TCR at the Slovakia Ring, while Szymon Jablonski claimed two third place finishes at Brno.

Tomás Korený, in his TCR debut, was rewarded a third place in Race 1 at the Hungaroring.

“Including Borkovič five i30 N TCR drivers have taken podiums during the season – including two in their first weekends’ racing with the car. This proves that while Borkovič’s experience no doubt played a part in his championship win, the consistent performance of the car, and the support from Hyundai Motorsport Customer Racing, also played a role in the results enjoyed by teams in the series,” concluded Andrew.